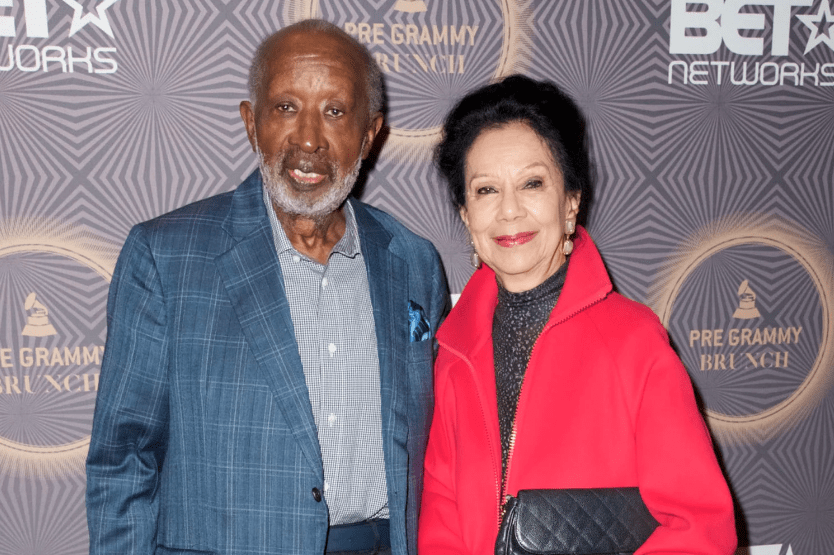 According to a report from CBS affiliate KCAL Los Angeles, an arrest has been made in the murder of the wife of longtime music executive Clarence Avant, who was shot and killed during a home robbery at the couple’s Beverly Hills mansion

29-year-old Aariel Maynor was arrested for the shooting death of Jacqueline Avant when several surveillance videos captured his vehicle driving eastbound out of the city after the 81-year-old philanthropist was killed. Beverly Hills Police also discovered an AR-15 that connected him to the killing of Avant.

Maynor became a suspect after he was found by LAPD’s Hollywood Division officers in the backyard of a home where a robbery was reported with a gunshot wound to the foot. Police later found out that the wound was self-inflicted.

It was an “astute watch commander at Hollywood that, starting to put two and two together, and reached out to Beverly Hills,” said LAPD Deputy Chief Blake Chow. The similarities between the two break-ins forced Beverly Hills detectives to go to Hollywood to look further into both cases.

“At this time, we’re only looking at him as a suspect, but again, there’s a lot of evidence to go through, so we’re leaving open the possibility there could be other people involved,” said Beverly Hills police Chief Mark Stainbrook.

According to the California Department of Corrections and Rehabilitation, Aariel Maynor was most recently released to parole supervision on Sept. 1 after serving four years for second-degree robbery. He has previously served time for a separate robbery conviction and grand theft.

Below is a statement below from The Source Magazine‘s owner and publisher:

“Mrs. Avant was a beautiful and lovely woman who brought love and elegance to every occasion. This is heartbreaking. She will be missed yet not forgotten.” L. Londell McMillian

Our thoughts, prayers, and condolences are with the Avant family during this difficult time.