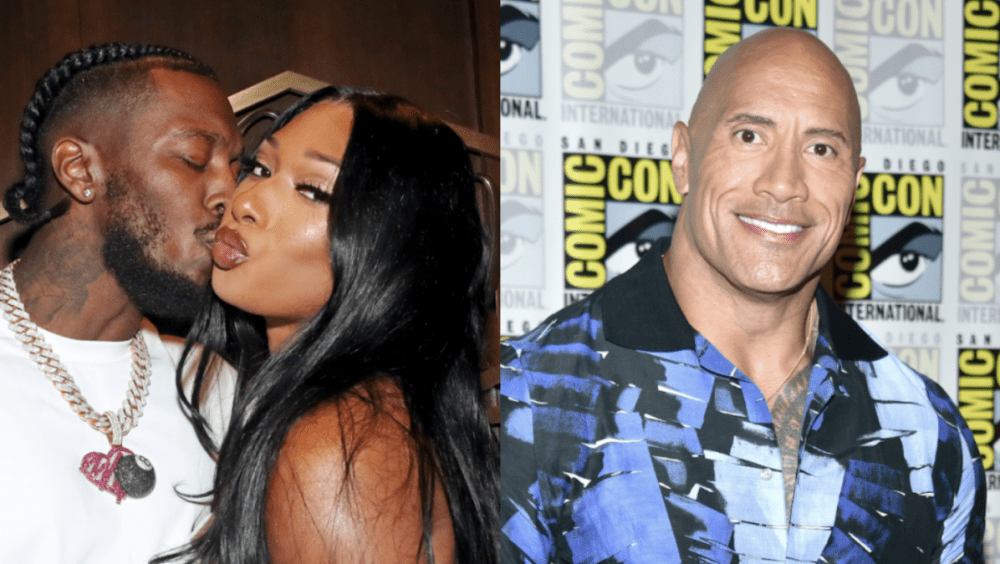 Pardison Fontaine isn’t too happy with Dwayne “The Rock” Johnson’s recent comments about his desire to be one of Megan Thee Stallion’s pets.

Pardi hopped into The Shade Room‘s comment section of the clip on Sunday (August 7) and essentially squashed The Rock’s dreams, as he doesn’t want the narrative to continue going any further.

“All Our dogs is named after #s… Just teach ya wife how to use seasoning… You’ll be iight… Moana is the shit tho,” he wrote.

The clip went viral over the weekend while The Rock was on a press tour for him and co-star Kevin Hart’s DC League of Super-Pets, where the wrestling legend plays the role of Krypto The Super-Dog.

“What celebrity would you want to be a pet to?” the interviewer asked.

Without hesitation, The Rock responded with, “Megan Thee Stallion.”

not Dwayne "The Rock" Johnson saying he'll be Meg Thee Stallion dog when they asked him who celebrity dog he'll be . LMFAOOOOO I FEEL YOU MY BOY . pic.twitter.com/bzqsqerqHX

The answer drew a laugh from his interview partner, Kevin Hart. However, he didn’t want to divulge his reasoning when asked for an explanation as to why, he replied, “We don’t have to talk about that.”

In his Instagram post featuring the quote, The Rock made sure to give a shout-out to his “Fam” in Megan Thee Stallion.

With how busy the Houston Hottie’s schedule is, it’s amazing she still has the time to care for her six dogs, which are all named after numbers. Megan owns three French Bulldogs, a Pit Bull, a Merle dog and a Cane Corso.

Fans, and possibly The Rock, got a look into her caring relationship with all of her pets on her Snapchat series Off Thee Leash with Megan Thee Stallion.

On the music side, Megan confirmed her next album is officially finished and closed out July with a single featuring Future on “Pressurelicious.”