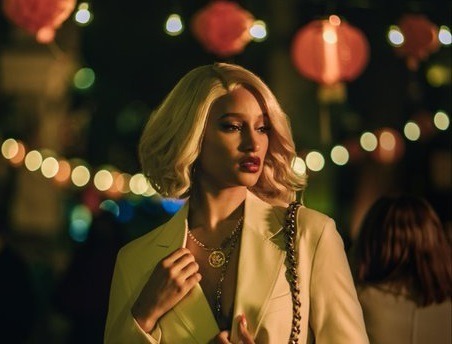 Fans of Starz’s P-Valley have followed the story of Elarica Johnson’s character Autumn Night/Hailey from the very beginning. In an exclusive with Entertainment Weekly, Johnson confirmed the end of season 2 wrapped up her storyline, and it was her decision to depart the show.

“I knew when it was happening because it was my choice. It’s something I discussed with Katori Hall,” Johnson said. “Looking at the scripts this season, and the journeys of the characters and where the Pynk was going, Autumn’s journey felt like it was coming to an end. She has done what she needed to do and it was time for her to move on.”

Night’s ending scene was entering what appeared to be Chinatown for a city that was foreign to P-Valley viewers. Before her departure, she placed the Pynk, the fictional strip club and central setting of the show, $24,000 in the red. Night left after an argument with Uncle Clifford (Nicco Annan), the club’s co-owner and manager, and leaving fans with an infinite cliffhanger about a possible pregnancy by failed mayor candidate Andre Watkins (Parker Sawyer).

“There’s two sides to this in terms of Autumn and Andre for me,” Johnson said. “I’ve always felt they’re soulmates and if they were where they were supposed to be it would be great. Then there’s another side of Autumn who is always striving for better or needing to push forward and make more for herself, for the memory of her daughter, who may not see settling in Chucalissa as enough for her.”

“It’s been an insane 3 year journey in the shoes of Autumn Night. Thank you @katorihall & @starz. I always take a little bit of my characters away with me and Autumn has left quite a mark,” Johnson said. “It was my biggest pleasure working with the cast and crew….I’ll save that for a longer post, but for now…Thank you everyone for all the #love (and hate lol) the support for this show is quite incredible.”

You can read the full conversation with Entertainment Weekly here.