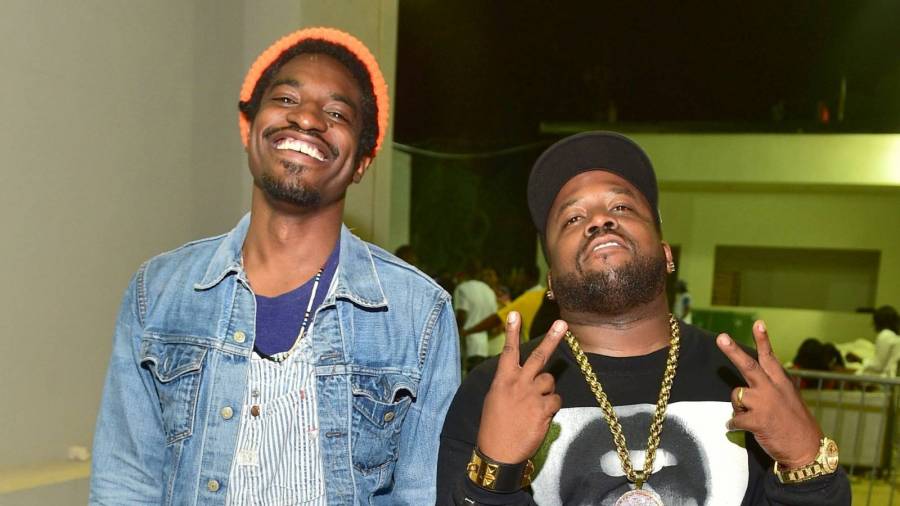 Outkast is celebrating the 20th anniversary of their Hip Hop classic Stankonia for the entirety of October. The album originally arrived on October 31, 2000 and was anchored by the singles “B.o.B. (Bombs Over Baghdad),” “Ms. Jackson” and “So Fresh, So Clean.”

To celebrate the occasion, André 3000 and Big Boi have unveiled a rare remix of “B.o.B.” from Rage Against The Machine frontman Zack de la Rocha. According to Rolling Stone, de la Rocha worked on the song in September and October 2000 at Southern Tracks Recording in Atlanta, adding aggressive guitar riffs to the already frenetic track.

“Zack added an extra layer of grunge to a masterpiece,” Big Boi said in a statement, to which 3 Stacks added, “I’m a fan of the Rage sound so it was an honor to have them involved in a remix.”

Sony recently announced the newly RIAA certified platinum singles from Outkast —  “B.O.B. (Bombs Over Baghdad),” “Ms. Jackson” (3x-platinum) and “So Fresh, So Clean” — will be available in new bundles on all digital streaming platforms beginning October 30.

According to a press release, each song comes bundled with instrumental, acappella and remixed versions in state-of-the-art 16 Bit sound. In addition to de la Rocha, the “B.O.B. (Bombs Over Baghdad)” bundle features unreleased remixes from Cutmaster Swiff and Beat Bullies.

The Colorado-based record club Vinyl Me, Please (in association with Sony Music Entertainment/Certified/Legacy) will also release a collectible 20th Anniversary 2-LP edition of Stankonia pressed on 12″ black and white galaxy vinyl. Stankonia will be available to Vinyl Me, Please members as the club’s “Record of the Month” for October 2020 and includes an exclusive art print.

Pre-order the vinyl here and revisit the original album below.