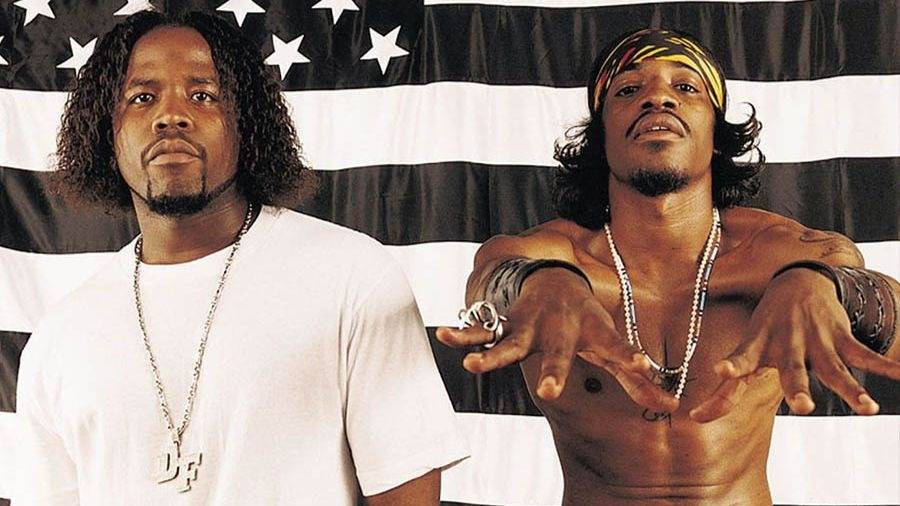 As Stankonia approaches its 20th anniversary on October 31, Sony has announced the newly RIAA certified platinum singles —  “B.O.B. (Bombs Over Baghdad),” “Ms. Jackson” (3x-platinum) and “So Fresh, So Clean” — will be available in new bundles on all digital streaming platforms beginning October 30.

Stankonia itself will also be available digitally in 24 Bit and 360 Reality Audio on October 30. The newly-expanded version presents the original album in its entirety plus six bonus tracks — the Mr. Drunk Remix of “Ms. Jackson,” the Stankonia Remix of “So Fresh, So Clean” featuring Snoop Dogg and Sleepy Brown and the aforementioned Zack de la Rocha remix of “B.O.B. (Bombs Over Baghdad)” along with acapella renditions of each.

Stankonia debuted at No. 2 on the Billboard 200 and sold over 530,000 copies its opening week, with “Ms. Jackson” becoming the first Outkast single to peak at No. 1 on the Billboard Hot 100.

But the project was beyond a commercial success. Stankonia won Best Rap Album at the 2002 Grammy Awards while “Ms. Jackson” took home a gilded trophy in the Best Rap Performance by a Duo or Group category.

The Colorado-based record club Vinyl Me, Please (in association with Sony Music Entertainment/Certified/Legacy) will release a collectible 20th Anniversary 2-LP edition of Stankonia pressed on 12″ black and white galaxy vinyl. Stankonia will be available to Vinyl Me, Please members as the club’s “Record of the Month” for October 2020 and includes an exclusive art print.

Pre-order the vinyl here and revisit the original album above.