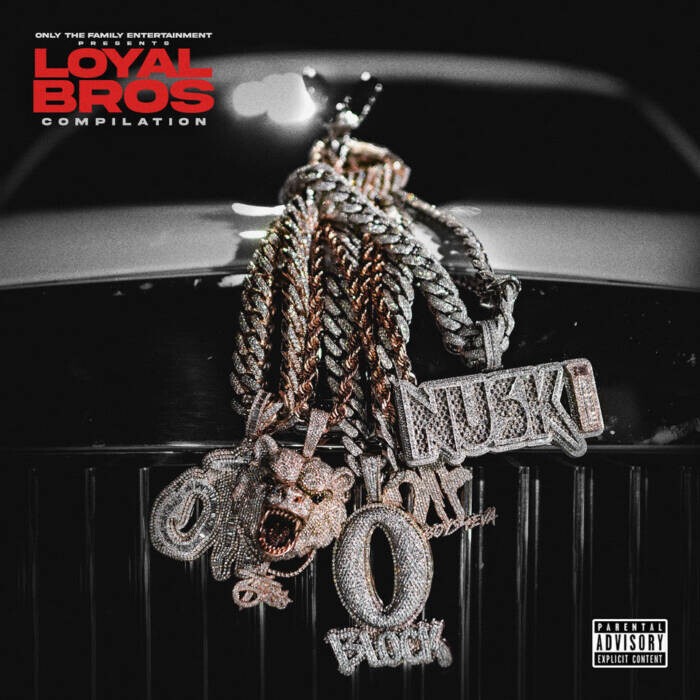 The upcoming project features new music from Lil Durk, who leveled up to true rap stardom in 2020,  and posthumous verses from King Von, as well as Booka600, Memo600, Timo, DoodieLo, and the rest of the OTF crew. Alternating street anthems and emotional rap ballads, the upcoming project proves OTF’s sterling reputation and sets the scene for the label to expand their roster and influence far beyond Chicago. Loyal Bros also boasts an impressive roster of guest stars, ranging from up-and-comers to respected veterans and superstars. The follow-up to 2019’s Family Over Everything, Loyal Bros arrives on February 26th via Only The Family/EMPIRE.

Along with the announcement of the album, OTF shares “Rules,” a new video by OTF riser Timo. With millions of views on YouTube for hits like “30” and “Free Boss Luck,” Timo is a sensation in the South Side, known for his breakneck delivery and ruthless bars. His latest single “Rules” is a stuttering drill anthem that updates the 10 Crack Commandments, as Timo lists fifteen guidelines for street living over eerie arpeggios and syncopated 808s. Timo’s list includes warnings to those who’d work with the police and keeping family squabbles private, ending with an inspirational message: “Number 15, take care of your homies in jail/Don’t give up, keep followin’ your dreams.” In the video, directed by Crownsoheavy, Timo teaches a class full of wannabe hustlers, giving them game and re-enacting common street situations.

Coming hot on the heels of Lil Durk’s The Voice (Deluxe) album, which peaked at #2 on the Billboard 200, Loyal Bros continues what’s shaping up to be a banner year for Only The Family. Stay tuned for more announcements in the coming weeks.