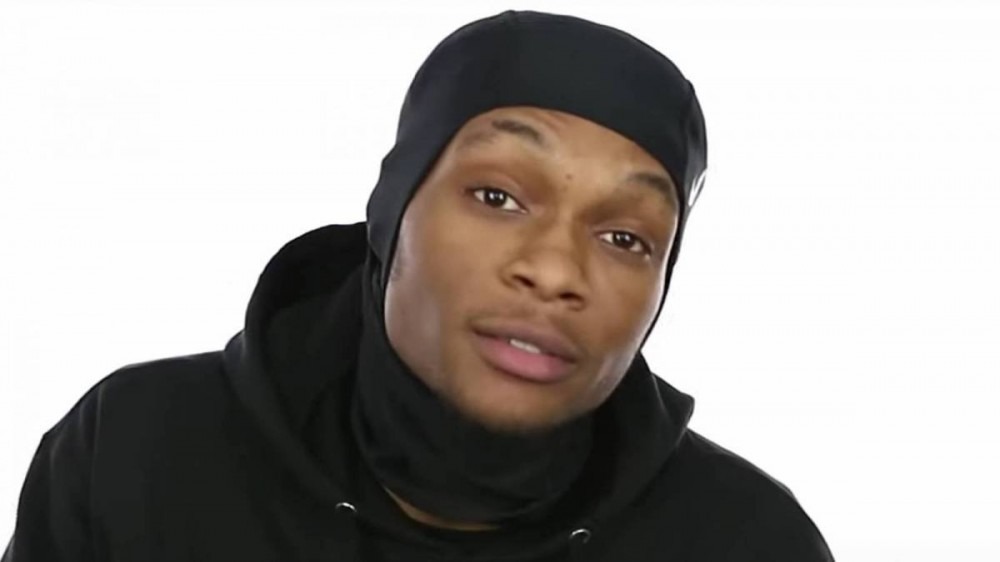 Prescription drug abuse has been polluting the rap community and beyond for years. It’s no secret several high profile artists have lost their lives to deadly painkillers such as fentanyl, Percocets and oxycodone, including Juice WRLD, Lil Peep and Mac Miller. But some people are realizing it’s better to focus on their health rather than succumb to addiction.

While speaking to DJ Smallz, “Onna Come Up” rapper Lil Eazzyy said while he was never addicted to Percocets, he took them for a three-year period and only recently decided to stop.

“I wouldn’t say I was addicted, but I was on Percs,” he said when asked if he’d ever been addicted to anything. “I wasn’t really addicted. I just liked taking them shits, but I stopped taking them.” When asked when he quit, he admitted, “A month ago. A month ago is when I said I’m done. I was just caring more about my health.”

As for his reasons behind taking the pills, he flatly stated, “Shit, I just liked getting high. I ain’t gonna lie, and then I just kinda fell in love with that high as opposed to just like a weed high. I was just like more so like I’d rather take a Perc and then smoke some weed. When I first started popping Percs, I didn’t know the difference between a real and fake Perc, but I wasn’t getting my Percs from somebody that I wasn’t fuckin’ with. I can say since I’ve known what a real Perc was, that was my junior year, nah. I ain’t ever take a fake Perc.”

While this might not necessarily be the case with Lil Eazzyy, people are often ashamed to admit they’re addicted. In a recent interview with HipHopDX, the mother of the late Juice WRLD, Carmela Wallace, spoke about the stigma attached to addiction. She wishes her son, who died from a fatal drug overdose in December 2019, would’ve reached out for help.

“I think it shows a weakness,” she said of the ongoing stigma. “People may see it that way. Something that you’re not in control of, something that … and you have to humble yourself to ask for help, as well. I think it just depends on the situation. Some people, it may be a trust issue. Some people, they’re not comfortable sharing like that. So I think it’s a myriad of issues, why that stigma is attached to it. But I think if you could do it where you don’t have to identify yourself, I think that just makes it a lot easier for somebody to come forward.”

Now the founder of Live Free 999, Wallace aims to educate and hopefully destigmatize both addiction and mental health issues. As explained on its website, the organization’s mission is to “bolster organizations providing positive mental health treatments and alternatives to drug use” through financial grants and partnerships — but there’s a lot of work to be done.

“A lot of people think that they’re the only ones going through what they’re going through and we know that’s not the case,” she says. “So it’s just a way that somebody could you even look at someone’s story that they shared, and it might be similar, they could relate to it and see that, ‘Hey, if they overcame it, I could overcome it. I’m not alone.’ And I think that’s a trick of the enemy to have people feel like they’re the only ones going through, nobody understands, and it causes them to go within themselves instead of sharing that they need help.”

If you or anyone you know is struggling with addiction and/or mental health, visit Live Free 999 here or call the National Suicide Prevention Lifeline at 800-273-8255.