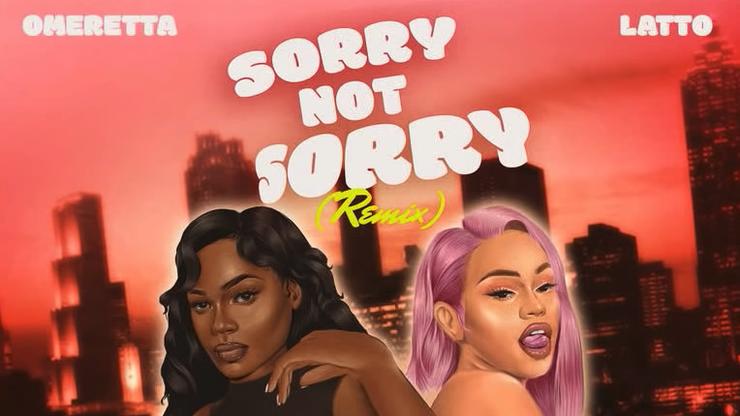 Omeretta The Great and Latto already sided with each other on one issue, now they’ve team up again. Omeretta tapped on Latto to join her for the “Sorry Not Sorry” remix.

The Atlanta native, Omeretta caused a ton of controversy with her lyrics in “Sorry Not Sorry,” and Latto came and cleared things up in the remix.

On the track, Retta deemed the surrounding cities of Atlanta, not Atlanta, including many places that’s very relevant in Hip Hop.

That may have caused friction from some people in Atlanta’s outskirts, However Clayco native, Latto was not offended, she agreed with Omeretta.

Latto jumped on the track, united the State of Georgia and didn’t add fuel to the flame.

She cleared her side of the story by saying she never “claimed to be from Atlanta,” then she said the entire “State of Georgia help shape the culture of Atlanta.”

“We ain’t never claimed the city but made the city the s**t that it is for real.” Later on in the verse she named dropped many Georgia legends of Hip Hop wondering why they aren’t considered Atlanta.

To further confirm that Latto isn’t causing any beef among the State of Georgia, she let out a tweet that explained her verse in detail.

Regardless of where both rappers are from, they’re making a name for themselves in rap game and we love to see them putting on for the South.

Check out the remix to “Sorry Not Sorry” below.