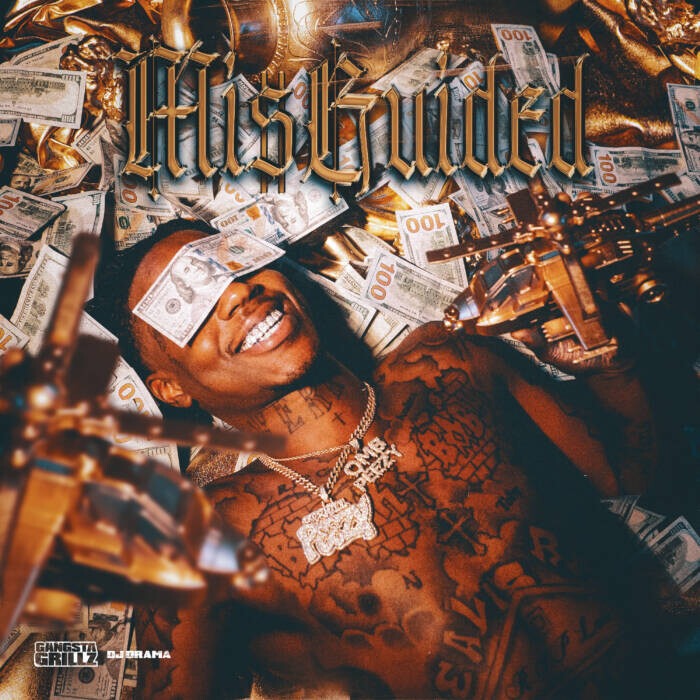 “I came up with this title thinking about my childhood and the things I used to see as a kid. I saw things dat I didn’t know were wrong until later on in life. Things that the older people around me made seem cool or ‘The way of life’ as I always looked at it. Dat made me realize dat I’m not the only kid who went through this, it’s kids goin’ through this right now and don’t even kno. I just want to show them that they are being misguided before it’s too late.”
– OMB Peezy

The sixteen-track mixtape is the product of the prodigious rising Rap star whose natural talent as an artist has thrived from self-growth, being a father, and in-studio collaborations with elite producers Murda Beatz (Drake, Gucci Mane), Hitmaka (Lil Wayne, Chris Brown), HicksMadeThat (Young Boy Never Broke, Yung Bleu) and more. In addition to the project acclaimed track, “Mufasa” featuring G Herbo, released earlier his year, MisGuided features an array of tracks that magnify the lack of education OG’s passed down to the youth as Peezy takes complete charge to end the cycle of speaking from a newly adapted perspective from being a father. Peezy paints a vivid picture of the pain and struggle he’s faced leading to this point; however, in the end, proves that all trials eventually lead to triumphs. The project comes to a cinematic end with a triumphant, base-knocking outro reminiscent of nostalgic Rap splendor made to inspire and evoke the energy of the streets to the global masses. OMB Peezy turns a new page from once being MisGuided to standing tall masterfully in his craft and the man he’s become today.

Slated to take his victory lap on the heels of his latest release, the Mobile, Alabama native prepares for this tour with  Kevin Gates via ‘Big Lyfe’ tour kicking off on 8/23/22. For additional tour information, visit: https://www.kvngates.com/tour