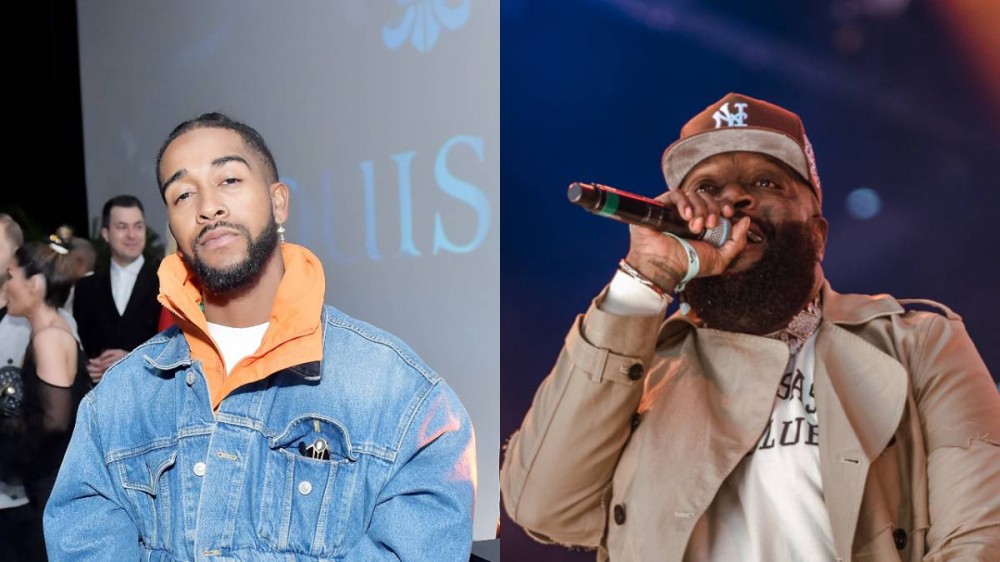 Omarion has opened about his relationship with Rick Ross and the reason for his departure from the rapper’s Maybach Music Group in a new interview.

The former B2K star, who signed to MMG in May of 2012, told The Breakfast Club he has nothing but love for Rozay, but that he wishes the MMG head had supported him more during his time with the label.

“I was under the impression at the time of Maybach Music’s inception, you know, what it is that I contributed to his business. And I feel like on that level he respects me, you know he has to respect me,” Omarion said around the 33-minute mark in the video below.

“But as far as personally, it’s all good, Rozay is one of the funniest persons to come across. So if I see him, salute, you know what I mean? But he showed me some things so because he showed me things, even though, he could have helped more.”

He continued: “He could have lent more of a hand and what he was maybe portraying to be. But I appreciate the experience man, I had so much fun over at Maybach Music and making that music at that time and being able to create a alias Maybach O to feel a part of something that was truly outside of my culture and outside of myself.”

He added that Rick Ross was very hands-on when it was required, but was otherwise rather distant.

“Rozay shows up. Rozay was there … when it was that time,” Omarion said. “But when it wasn’t that time, it wasn’t that time … I would just say one of the tell tells for was one of the last conversations him and I had, when he came out to L.A., I just expressed to him as a businessman I need to prepare myself for my transitions, and respectfully if there’s something going on with you and Atlantic, just let me know so I can prepare myself.”

He continued: “I was very clear with him with that, and Maybach Music is no longer a label and I gotta go and actually do the work that was necessary for my journey to figure out where I was, and it wasn’t in a good position. That’s really what I’m talking about, we had a conversation but you didn’t honor that. You didn’t feel you needed to.”

“A lot of people have been wondering what’s up with Omarion?,” Ross said at the time. “Is his career over? I’ve never been a fan of popular opinion, but from now on, when you see me, understand that it’s Maybach Music.”

Omarion was sitting down with The Breakfast Club to promote his forthcoming memoir Unbothered, which extensively dissects the still ongoing drama between him and his B2K colleagues.

After Omarion’s Verzuz battle against Mario this past June, the singer’s former B2K brethren all came for their former band member again, claiming he got “served” by the “Just A Friend” singer.

In response, Omarion sat down with TMZ Live and announced an additional docuseries would soon be released that would detail on the group’s tumultuous break-up, and claimed it would shine a light on a few of the dramatic headlines that ultimately ended the band. Omega: The Gift and The Curse dropped on YouTube on July 7.

“We call that being unbothered,” Omarion said when asked about whether B2K’s behavior distressed him. “Being unbothered it just means that you don’t give someone else your power and you decide how to respond instead of reacting. Reacting to everything can be a disadvantage because it’s thoughtless and it doesn’t serve you.”

He continued: “So standing up for yourself during challenging times is essential to staying and maintaining your peace. So this is a great opportunity for me to just give my public and my fans … even context to the Verzuz everything that has happened thus far I have never spoken on.”