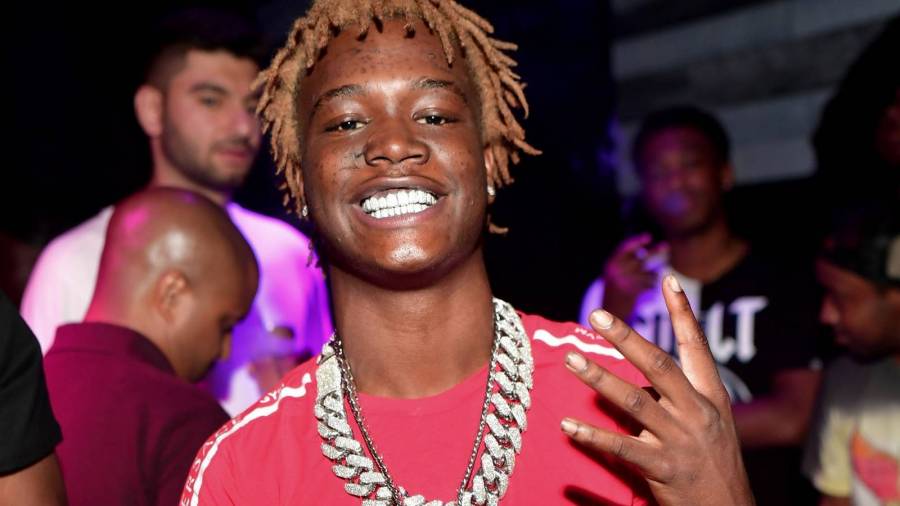 Rising R&B singer Ann Marie was arrested for aggravated assault with a deadly weapon earlier this month after she allegedly shot her childhood friend in the head at an Atlanta hotel.

Despite mounting evidence to suggest otherwise (two shell casings were found at the scene), the Chicago native says the gun fell off a table while she was grabbing a towel and discharged a bullet, which then struck Sandillo Wright in the forehead.

As Twitter reacted to the news, several people started demanding “justice for Ann Marie,” claiming she did nothing wrong. But there were others who couldn’t help but point out the perceived hypocrisy when it came to Tory Lanez and Megan Thee Stallion’s shooting controversy — and Kentucky rapper 2KBABY was one of them.

“If Tory was Meg and Meg was Tory would it had been justified or same accusations….DOUBLE STANDARDS!” he tweeted on Wednesday (December 9). “Ann shot him, rather [whether] the gun dropped or not, cause when they said that with Tory y’all was still ready to CANCEL HIM….Keep that same energy both ways or stop trying be the judge.”

If Tory was Meg and Meg was Tory would it had been justified or same accusations….DOUBLE STANDARDS! Ann shot him rather the gun dropped or not cause when they said that with Tory y’all was still ready to CANCEL HIM….Keep that same energy both ways or stop trying be the judge

Lanez has been dragged from Canada to Mexico for his alleged involvement in the Megan shooting. His features have been scrubbed from the deluxe version of albums such as Kehlani’s It Was Good Until It Wasn’t and JoJo’s Good To Know. He’s been shunned by some of his peers — but still, he insists he’s innocent.

In September, he dropped an entire album called DAYSTAR devoted to clearing his name. On the album opener “Money Over Fallouts,” he boldly proclaims, “Can’t cry now, I’m gonna laugh later. Girl you had the nerve to write that statement on that affidavit, knowing I don’t do it/But I’m coming at my truest, tryin’ to keep this shit 200 with ya, shorty/I can’t prove it but them people in yo’ ear/They the true ones that I feel that really got you thinking Tory Lanez would do you in for real.”

The Los Angeles Police Department apparently found just cause to charge Lanez with felony assault in October. He has since pleaded not guilty.

Meanwhile, Ann Marie remains in Fulton County Jail where she’s been since December 1. Naturally, 2KBABY isn’t the only person calling foul — plenty of Twitter users have accused people of having double standards when it comes to these two particular cases. Check out a few of the reactions below.

Tory Lanez(male rapper) shoots Meg in the foot:
Every girl on Twitter: Cancel him!!

Ann Marie(Female rapper): Shoots Bf in the head
Every girl on Twitter: That's my homegirl!!! Free her

Now, what does this say about society… pic.twitter.com/DDCGA9npOq

Tory Shot Meg In The Foot & Y’all Was Ready Fa Him To Die 🙃 Ann Marie Shot Her Bf In The HEAD & Y’all Sayin Free Her 🥴 Yea Y’all Weird Asf .. Keep The Same Energy

y’all sick af for defending ann marie for shooting somebody son in the HEAD for cheating. tory lanez shot meg inna foot and we cancelled him. y’all so fucking weird

Tory Lanez shots Megan in the foot and y’all wanted him died and when Ann Marie shots her boyfriend in the head and y’all are saying “free her” tf pic.twitter.com/LKivyeTfXL

So when Tory Lanez shot Meg, y’all wanted him to do 25 minimum. But when Ann Marie shot a nigga, suddenly it’s a whole different reaction. Every damn time with these double standards pic.twitter.com/76kXHQ9MNu

Bitches really sitting her and defending Ann Marie but were screaming “FUCK TORY LANEZ LOCK HIM UP🗣🗣” how tf do that work? pic.twitter.com/GKHKFtVyYl

Y’all wanted Tory Lanez under the jail for shooting Meg but saying free Ann Marie for “accidentally” shooting her nigga in the head🥴🥴🥴🥴.