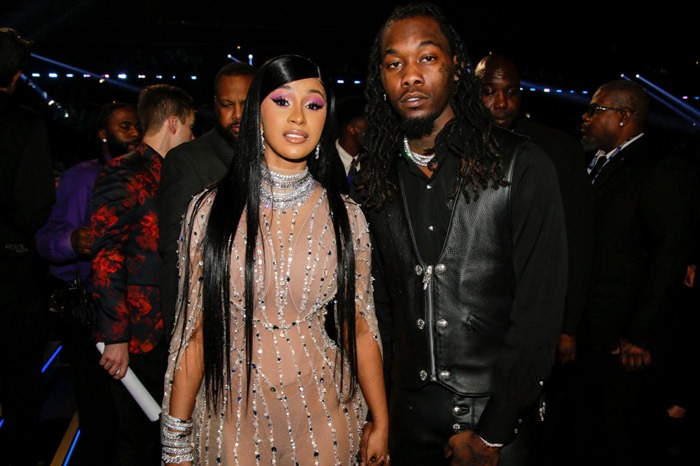 Don’t come between Offset and Cardi B.

The Migos rapper was quick to react after someone splashed his wife with champagne during Super Bowl weekend in Miami. The couple was partying around 3 a.m. at Booby Trap on the River strip club, and were standing on stage next to a pole when they were sprayed with champagne.

According to TMZ, Cardi wasn’t happy after getting wet, and an enraged Offset immediately began looking for the culprit before jumping into the crowd. Once he spotted him, he landed a punch and kept throwing punches until he was pulled away by security. He and Cardi then promptly left the club.

Earlier in the evening, they both performed at LIV nightclub as part of the events leading up to Super Bowl weekend. The two seemed to be having a good time when they first arrived at the strip club. Cardi danced on Offset, and he made it rain on her. Cardi documented the festivities on her Instagram Story and kept the party going past 5 a.m.

It’s been an eventful week for Offset. On Wednesday, he was detained at L.A. shopping center The Grove. He was released from jail after a few hours, telling TMZ that cops mistook him for the wrong guy. Two men in Offset’s group were ultimately booked on firearms charges.

The couple has a busy schedule lined up for Super Bowl weekend. Both Cardi and Migos are set to perform at the Vewtopia Music Festival in Miami Gardens. Migos will also take the stage at the Fanatics Super Bowl Party on Saturday.