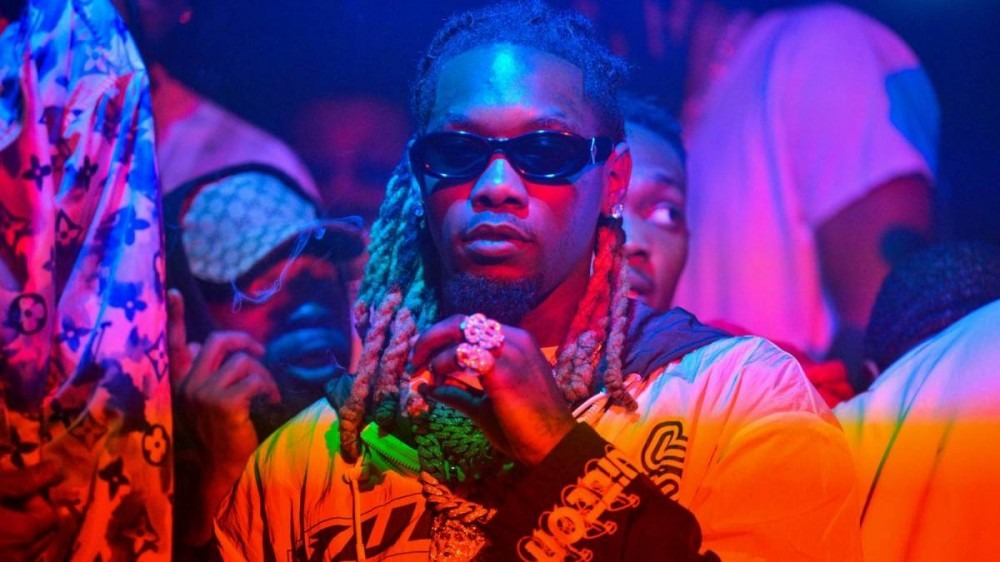 Offset wasn’t going to let a silly thing like money stop him from attending his son Kody’s first football game. According to a tweet from the Migos rapper, he shelled out $50,000 to cop a flight to the field.

Photos of Kody suited up in his football uniform with a scowl on his face were later shared to Instagram. The caption read: “My first game I ran for 30+ yards #BlueJays.” Offset followed up with a similar Instagram post, only this time he was holding his son (who still had the scowl).

He wrote: “@kingkodykiori first football game he went crazy 30 plus yard run he never played before this year let’s go so proud you son.” A video included of the game shows Kody — sporting the #3 — running as fast as he could down the field as his presumed mother cheered him on in the background.

While Offset is married to Cardi B and has two children with the Grammy Award-winning rapper — Kulture and Wave — he shares 7-year-old Kody with ex-girlfriend Oriel Jamie. He also has another child with Justine Watson named Jordan, who’s 12.

Offset’s most recent child with Cardi B, Wave, was born last September and just recently celebrated his first birthday. On Saturday (September 10), Cardi revealed her first face tattoo, which is an homage to Wave. The light-red ink simply says his name in script on the side of her face. Check it out below.

@iamcardib shows off her tattoo of her son's name and her daughter's name on IG live 🤗😎 pic.twitter.com/m3FXTIEeHv