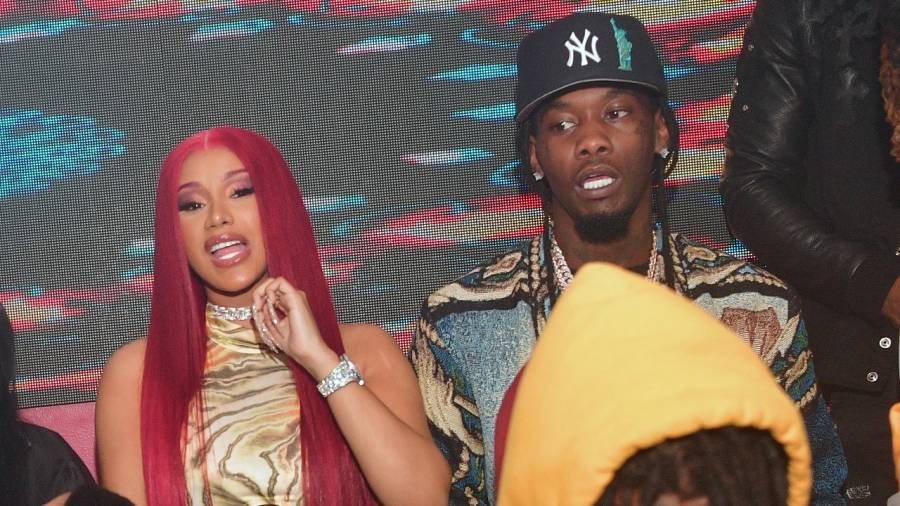 Offset had some choice words on Twitter just moments after his wife got into it with Wiz Khalifa.

The post came less than twenty minutes after Cardi B exposed a DM from Khalifa showing her love in 2016, which was contradictory to a tweet he’d just made seemingly instigating the rivalry between her and Nicki Minaj.

“This was Nikkas in my dms in 2016!” Cardi wrote with a screenshot of the DM. “They really support you when you grinding at the bottom then it’s a different story when you make it !”

Khalifa’s tweet came in the midst a conversation he was having with fans about the Grammys. One suggested the Recording Academy “don’t know a shit bout music” using the fact Cardi has won a Grammy and Minaj still has yet to, and his response was what set Cardi off.

“Most self made artists have this problem,” he wrote.

In another tweet, Cardi accused people of pitting successful women against each other.

“I don’t understand why n-ggas entertain tweets that pit successful women against each other?” she tweeted. “Ya not tired of that? Specially when ya was rooting hard when a bitch was at the bottom.”

The two New York rappers have had their share of issues over the years, but things have seemingly cooled off. So much so, in fact, fans were convinced the two may be collaborating together after Cardi tweeted, “This next single and coll- ….Gonna have ya sick,” but nothing has been confirmed.