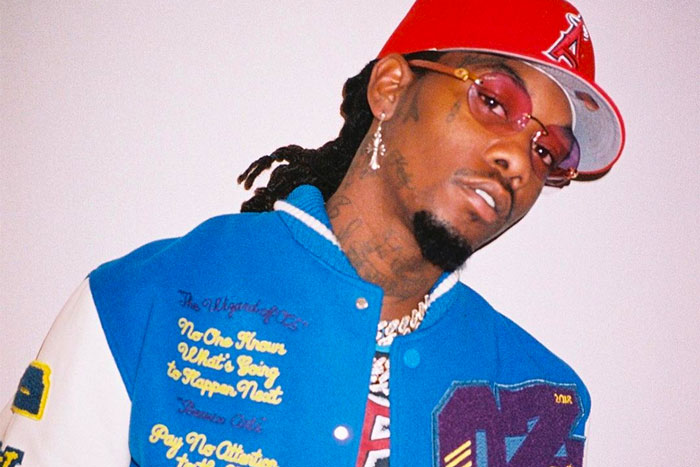 The first batch of coronavirus vaccines will be distributed in the coming days, but not everyone is eager to take it.

Offset says he is not planning to get vaccinated for COVID-19 because he is skeptical of the vaccine.

“I don’t trust it though,” he told TMZ while in Beverly Hills over the weekend. “I just don’t want to be the test dummy.”

He referenced a viral photo that shows people with facial paralysis and their mouths slightly open, a potential side effect of the Pfizer vaccine. However, the photo that’s been circulated is not from the current vaccine trial.

COVID-19 has disproportionately hit the Black community, with more than 48,000 deaths since the beginning of the pandemic. However, African Americans are “less inclined” to take the vaccine than any other racial group. According to the latest Pew Research Survey, only 42% of Black Americans would consider taking the vaccine, compared to 63% of Hispanics, 61% of White adults, and 83% of English-speaking Asian Americans.

Former President Barack Obama, along with George W. Bush and Bill Clinton, said they would get vaccinated on camera to promote public confidence in the vaccine’s safety, but that doesn’t sway Offset, who admits that he would receive better treatment due to his celebrity status.

“People don’t got what I got, they don’t have the opportunity, so it ain’t fair,” added the Migos rapper. “People dying from that sh*t.”

In April, Offset’s uncle passed away due to complications from the coronavirus. Offset urged his followers to follow safety guidelines and wear a mask. “Rip uncle Jerry!!!!! keep your mask on b/c you do not want to loose your family or friends thinking it’s a joke!!!” he tweeted.

Rip uncle Jerry!!!!! keep your mask on b/c you do not want to loose your family or friends thinking it’s a joke!!!

While speaking with TMZ, Offset also defended his wife Cardi B following Snoop Dogg’s criticism of her hit “WAP.” “I don’t get in female’s business, I’m grown,” he said. “As rappers, we talk about the same sh*t… It’s a lot of women empowerment, don’t shoot it down. We never had this many artists as female artists running this sh*t. They catching up to us, passing us, and setting records.”