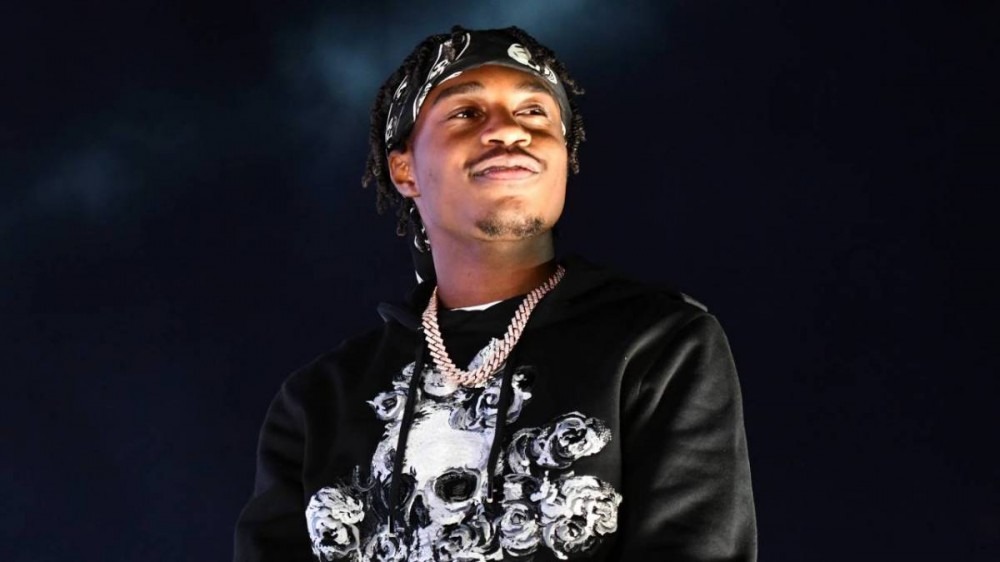 Lil Tjay is gearing up for the release of his Destined 2 Win album on Friday (April 2), and he’s enlisted an all-star cast to help him execute his vision. The Bronx rapper kicked off the week getting creative when rolling out the album’s guests with a trailer featuring boxing legend Mike Tyson.

The clip finds Lil Tjay in the midst of losing a boxing match. When his body hits the floor, time slows down and he hears Mike Tyson’s voice as the inspirational narrator trying to help him get back in there. Eventually, Tjay builds up the courage to keep fighting and pulls out the victory.

Destined 2 Win‘s stacked features are then rolled out in the form of movie credits with guest appearances coming from Offset, Polo G, 6LACK, Saweetie, Tyga, Moneybagg Yo, Fivio Foreign and Toosii.

“I named the album Destined 2 Win cause I always felt like something in me was meant to be great,” Lil Tjay explained. “Even when sh*t tried stop me it never did and I kept getting up !! Thank ya for running the numbers up on the presave. Let’s keep going and get this #1. I got more surprises for ya before the album drops this Friday.”

In its sixth week on the Billboard Hot 100, Destined 2 Win‘s lead single “Calling My Phone” is currently slotted at No. 14. The 6LACK-assisted tune debuted at No. 3 on the elusive chart in February.

I named the album Destined 2 Win cause I always felt like something in me was meant to be great. Even when sh*t tried stop me it never did and I kept getting up !! pic.twitter.com/Hi4T4yggcV