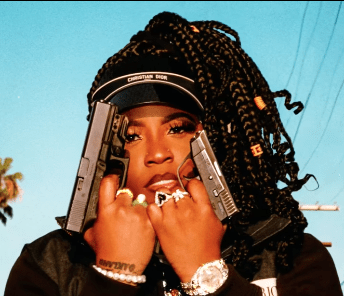 According to a report from the Burbank Police Department, Oakland rapper Kamaiyah was arrested for carrying a loaded handgun in her purse while at the Hollywood Burbank Airport.

The report from the Burbank Police reads, “Ms. Johnson was detained by TSA in the passenger screening area of the airport after an agent located a loaded handgun inside of a purse she had in her possession”. It goes on to say, “Police responded, rendered the weapon safe, and placed Ms. Johnson under arrest. It was also discovered there was a warrant for Ms. Johnson’s arrest stemming from a 2019 investigation in Burbank of a negligently-discharged firearm inside a movie theater of a local condominium complex. She was booked and held on $70,000 bail, but has since bonded out of custody.”

The 30-year-old femcee recently dropped a new LP Divine Timing Deluxe, which is available on all MSPs.