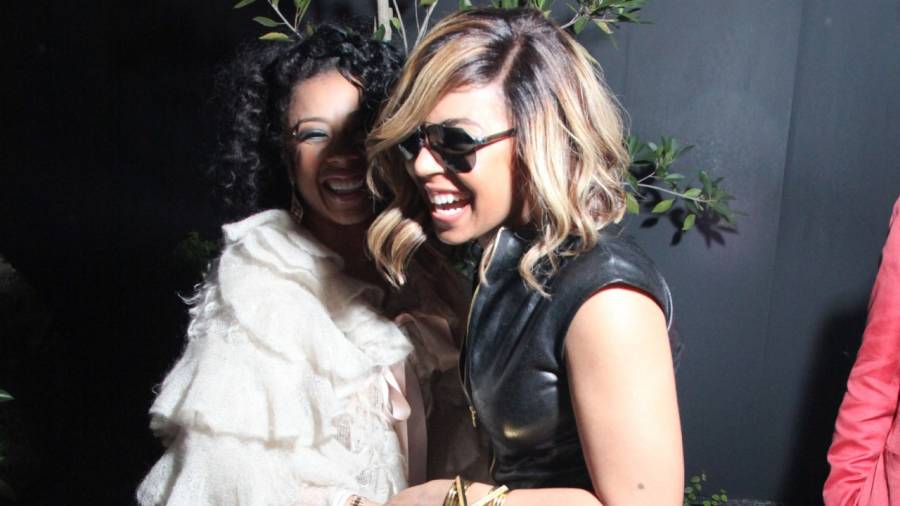 Keyshia Cole and Ashanti finally took the Verzuz stage on Thursday (January 21), following not one but two COVID-related delays. Fans were already perturbed because of the push-backs but still tuned in – then started getting even more upset when they had to wait for over an hour for Keyshia to finally arrive on set. And it certainly didn’t help that she was less than enthusiastic when she finally did show up.

But finally the battle kicked off, and the two powerhouse R&B singers went hit for hit with tracks like Ashanti’s “Foolish,” “Baby” and “What’s Luv?” and Keyshia’s “Heaven Sent,” “You’ve Changed” and “Love” – with most viewers crowing the “Foolish” creator the winner at the end. However, the overall sentiment was that the whole show just wasn’t it.

“Last night’s #Verzuz was proof that some things are better left as ideas,” one viewer tweeted. “Between the lateness, Ashanti playing Candy Crush while Keyshia Cole was singing her songs and having an open bar, it was a mess! They looked beautiful though.”

If #Verzuz plans to continue I hope they figure out the product placements. It was giving clutter and antique shop last night.

“My friend: ‘Who won the battle tonight?? #Verzuz Me: the liquor that Keyshia was drinking & Ashanti’s damn phone,” another viewer wrote.

My friend: “Who won the battle tonight??”#Verzuz

Me: the liquor that Keyshia was drinking & Ashanti’s damn phone pic.twitter.com/ePItZj4cBj

The suprise of the night came in the form of OT Genasis, particularly because he’d beefed with Keyshia for months at the top of 2020 when he released an off-key remix to “Love” he named “Never Knew” – a move the Oakland native was not a fan of.

But the beef was a thing of the past on Thursday night, with the “Cut It” rapper appearing to help Keyshia with the song instead.

Check out more reactions to Keyshia Cole and Ashanti’s Verzuz battle below.

#Verzuz My face when Keyshia was getting smart with Ashanti 😂🙄💯 pic.twitter.com/FAuY8odZ37

so for the next one…..can we call Fantasia? #Verzuz pic.twitter.com/qHhZMqr6n9

4. Keyshia’s song placement was interesting. I don’t see how Love was played so early.

5. Ashanti kept grabbing that phone like, “Oh I can beat that. Play this next.”

6. The talking and leaving while the other person performed was hilarious.

After having an attitude, being rushy and off the liquor during the whole night, taking constant breaks and not playing many of her most important hits.
This is the moment Keyshia Cole knew she lost the battle and the most important round… #20.#Verzuz #AshantiVsKeyshiaCole pic.twitter.com/uG3AZWTs5G

So BOTH Ashanti and Keyshia Cole decided not to play Woman to Woman when it’s their only song together?! #Verzuz pic.twitter.com/DpP3A57BzI

21 was our entertainment for the night!!! 😂😂😂 #Verzuz pic.twitter.com/D0WRjxDsAI

My face when When Miss Cole was catching an attitude when she was 30 minutes late 😒 #Verzuz pic.twitter.com/RnMfe2W1cL

Good night guys. It was hella messy but I wouldn’t have watched it without y’all💀🤣 #Verzuz pic.twitter.com/brTGuH6mnW

after postponing twice, an hour and a half late, and some whack ass djs, we made it yall gn #Verzuz pic.twitter.com/gT0cTD6tFt

Keyshia Cole and Ashanti: we got new songs

everybody trying to get in the last word and last song .. PLEASE! I have work tomorrow. #Verzuz pic.twitter.com/wmp4yEuAVy