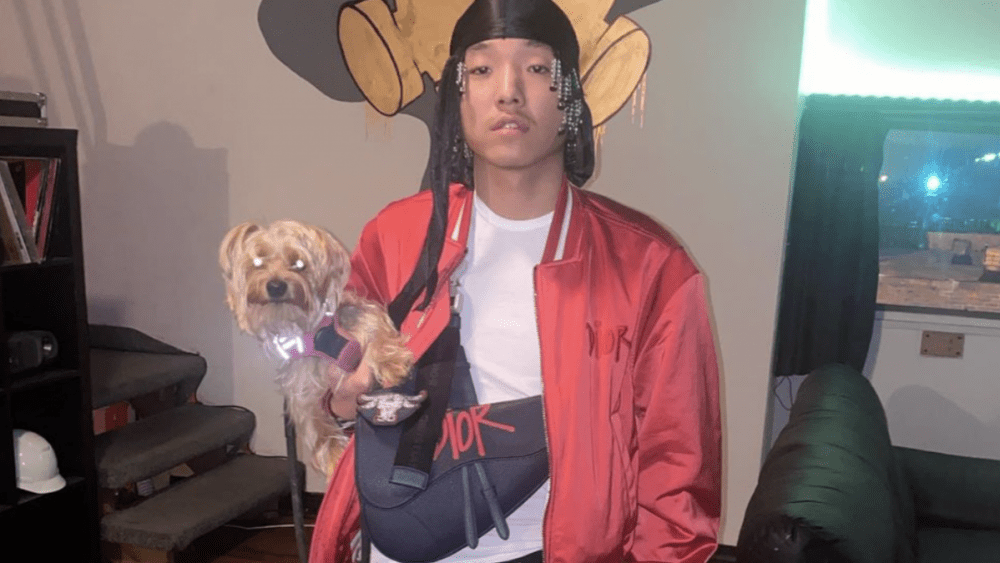 NYC rapper Lil Wavey had a few thoughts to get off his chest in a rant posted to his Instagram over the weekend where he calls out fellow members of the Asian community. Wavey believes Asians aren’t doing anything positive for their community, citing the opening of local Chinese food spots serving what he deems as “dog and cat food.”

“They poisoning the community,” he began. “Opening a Chinese food spot in every hood and selling us bullshit. Look, you’re getting a whole meal for $6, that shit can’t be good for you. I don’t give a fuck what nobody say, this dog and cat food shit is bad for you.”

Wavey says he made the choice to take better care of himself by going vegan and is imploring others to do the same. He hopes to see Asians open up vegan spots across the country and promises he will support those who make an effort.

“You won’t ever see me eating no shrimp fried rice none of that bullshit,” he continued while seemingly reading off a script. “The day I actually see an Asian that owns a healthy organic food spot that’s selling shit that’s good for us, I’m going to promote that 100 percent. Until then, y’all ain’t doing nothing for the community.”

Wavey’s rant comes amid the coronavirus-induced spike in hate crimes seen across the United States against Asian-Americans. Following the deadly assault of an elderly Thai man in San Francisco, California, Oakland native Mistah F.A.B. stepped up to voice to help stop the violence at the top of February.

“There are many people that stood in solidarity with us against our adversity and our obstacles that we fight as Black people, and here it is our turn to show that we’re in solidarity with our Asian brothers and sisters,” he said.

F.A.B.’s friend China Mac also flew to Oakland from New York City to join him and help spread the message. As a Chinese rapper, Mac felt compelled to step up and do his part, which pokes holes in any argument Asians aren’t doing anything to back their community.

“As a person of a community, we cannot let anybody to come into our communities and do this to our elderly – you know what I mean – to do this to our grandmothers and our grandfathers, we can’t allow that anymore,” he stated.