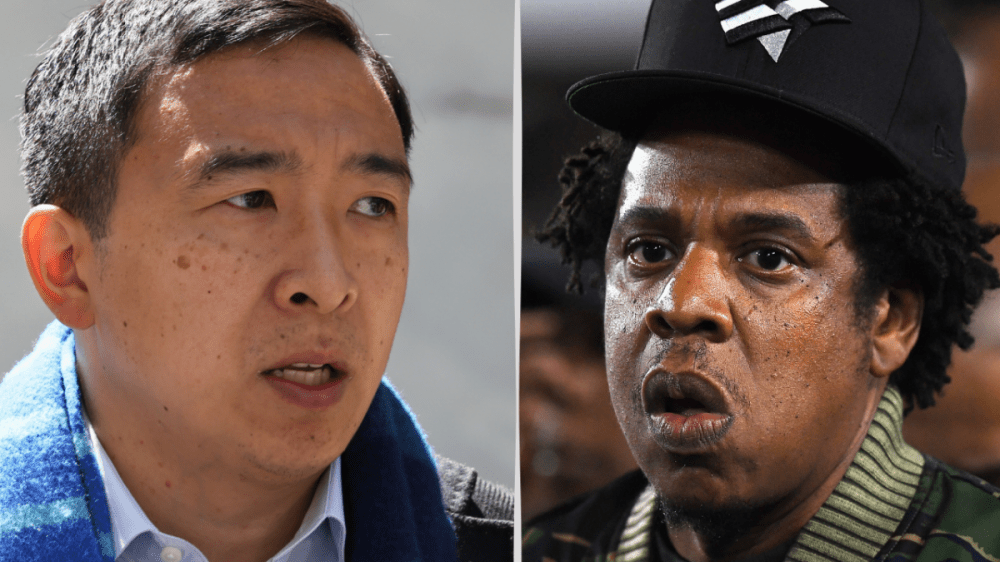 Any honest JAY-Z could easily tell you a favorite song or three from the soon to be Rock & Roll Hall of Fame member. Former presidential and now NYC mayoral candidate Andrew Yang got put on the spot by Ziwe Fumudoh for an upcoming episode of Ziwe and Yang kept it as political as possible.

“I listened to a lot of hip-hop during like the 90s and 2000s,” Yang said when asked about listening to rap music. After Ziwe presses him on giving a specific name, he centers on two of New York’s greats, Nas and JAY-Z.

Yang pauses for a moment and looks around, unable to determine an answer for himself. He audibly asks, “What is my favorite JAY-Z song?” before the clip abruptly cuts.

The awkward moment is the latest for Yang, who continues to make his case to be the next mayor for New York. Yang’s agreement to join Ziwe on the show comes only days after she pitched the idea to him on Twitter. Fans will have to wait until Sunday (May 23) to get Yang’s full answer on the situation to see if he stuck to a traditional Hov pick or a deep cut.

Even if Yang gives up a solid answer to his favorite JAY-Z song, he doesn’t exactly have the mogul’s early endorsement. In April, Hov threw his backing behind former CitiGroup CEO Ray McGuire to replace current New York mayor Bill da Blasio. He wasn’t alone. Nas, Diddy and Steve Stoute joined Hov in endorsing McGuire with Puff boldly proclaiming the city was in dire straits.

“New York is in a state of emergency. This is my endorsement for Ray,” Diddy said. “Through those 30 years, wherever we were at, Ray was always talking about the people. We have the power to light this up.”