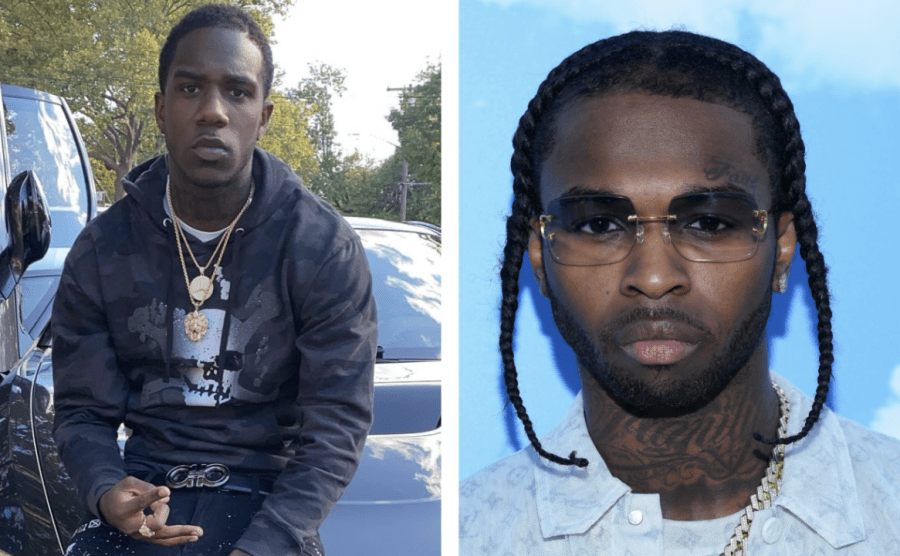 Brooklyn rapper Dusty Locane has only put out a few songs on streaming services, but the drill rhymer is generating a buzz around NYC due to possessing a growl that’s eerily similar to that of the late Pop Smoke’s, even down to the ad-libs.

Locane isn’t oblivious to the comparisons and nobody wants to be a rip-off version of another rapper, but he makes sure to pay homage to Pop whenever he can. In a recent interview with Fucious TV, Locane detailed his friendship with Pop as he actually grew up with the “Dior” rapper in Canarsie.

“Long live Pop Smoke, the greatest to do it,” he began before responding to the haters. “You’re entitled to your opinion, but you don’t know me. If you believe that, stick to that. Don’t switch when you see that I’m up, living better and doing better. If you believed that at some point in time I was trying to be somebody.”

Locane continued, “Elementary mostly. He left around 5th grade — 66th for anybody who know. Yeah we used to roll up, me, [Mike Dee], Stacks, Ace, all of us went to that same school.”

Locane didn’t want to play up his friendship with Pop when he was shot and killed in February 2020 because, in his eyes, it felt exploitive.

“That’s why when Pop got lit, I didn’t try to, ‘Yeah, I grew up with him and I knew him,’” he said. “That’s his shine and his time. I feel like that’s an attachment — people feel like I got to get attached because I knew him. That’s wasn’t really my bop.”