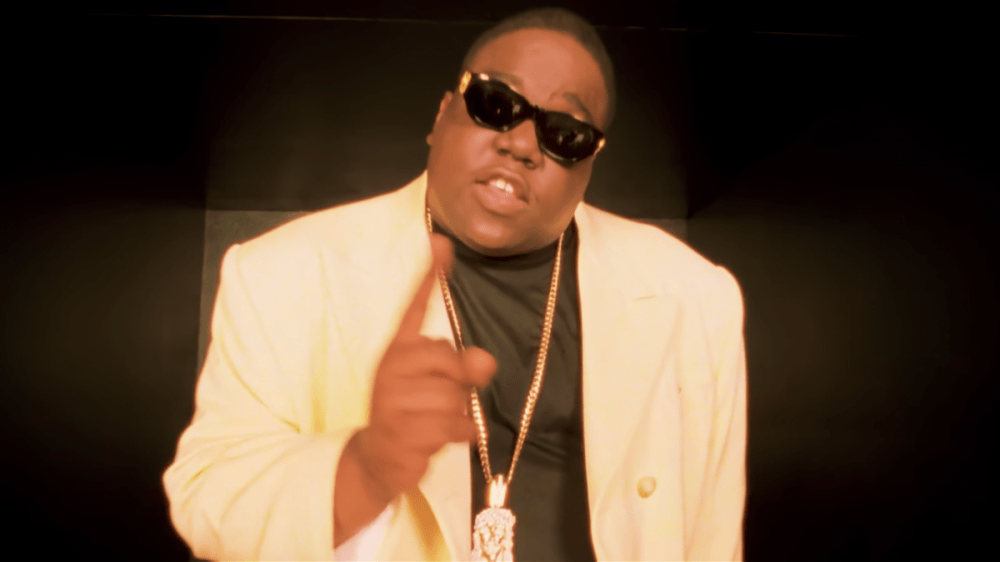 Brooklyn, NY – A Biggie mural has been defaced in Brooklyn. The Notorious B.I.G. artwork was vandalized on Thursday night (August 25) with red paint splattered across the Brooklyn icon’s face and the words “East Coast” spraypainted underneath.

The black-and-white portrait of the legendary rapper is stationed on the corner of Saint James Place and Fulton Street in Clinton Hill next to a Beauty World salon, where Biggie once called home. There is no word on a possible motive or suspects as of press time.

“This is his stomping ground and everything,” Brooklyn resident Johnny Famous told News 12. “Biggie means a lot to the whole world. So for someone to do this, it’s ridiculous. You gotta be sick in the head and I know it’s a million cameras out here so somebody saw something.”

A mural of music legend Biggie Smalls, was vandalized. It’s located in the Brooklyn neighborhood where he grew up. More on @CBSNewYork at noon. pic.twitter.com/ShIzxZWF7v

With cameras lining the neighborhood, the hope is that at least one caught the vandalism and can help lead police to possible suspects.

“Too many cameras out there for no one to know,” rapper Cortez Bodega wrote.

Biggie has been in the news in recent weeks as Young Guru unearthed some audio of B.I.G. schooling his crew on some tips regarding how to maneuver in the rap game in the ’90s.

“They could play you and you can’t even punch n-ggas in the face like you could. Back in the days when a n-gga disrespected you’d just straight beat the n-gga down and that’d just be that.”