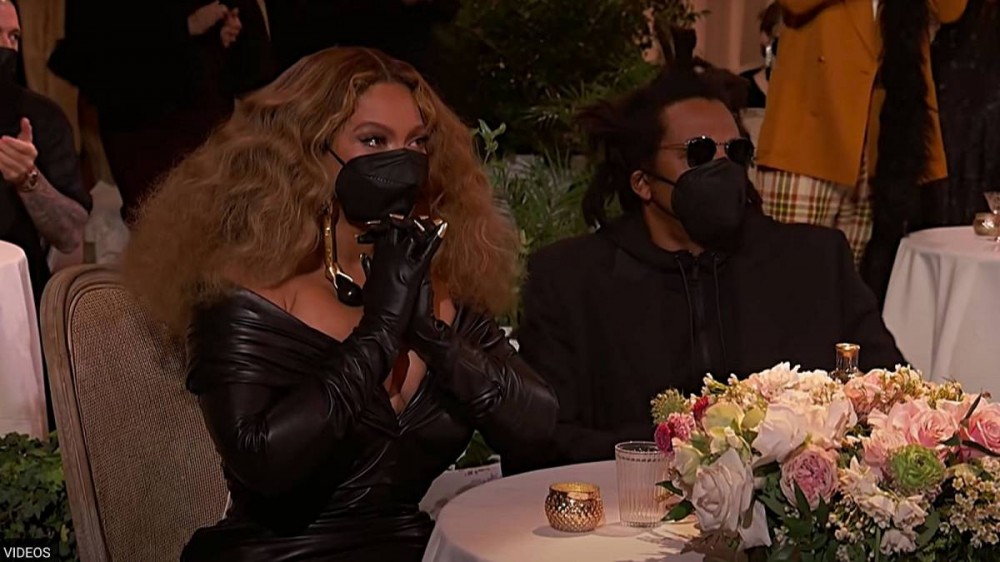 The celebrity chanteuse was nominated for nine awards this year — more than any other artist — and walked away with gilded trophies in the Best Music Video category for “Brown Skin Girl” featuring her eldest daughter Blue Ivy, Best R&B performance for “Black Parade,” Best Rap Song and Best Rap Performance for Megan Thee Stallion’s “Savage (Remix).”

With the four wins, that brought her total up to 28, a historic feat. Blue Ivy made history as well, becoming the second youngest Grammy Award winner for her role in the aforementioned “Brown Skin Girl” visual.

While Queen Bey may have had a successful evening by anyone’s standards, droves of fans believe she was inadvertently robbed when Megan didn’t win Record of the Year for the “Savage (Remix).” Instead, the honor went to pop singer Billie Eilish who was noticeably embarrassed by the win.

“This is really embarrassing for me,” she said during her acceptance speech.” Megan, girl … I was going to write a speech about how you deserve this. But then I was like, ‘There’s no way they’re gonna choose me.’ I was like, ‘It’s hers.’ You are so beautiful. You are so talented. You deserve everything in the world. I think about you constantly. I root for you always.”

She added, “You deserve it, honestly. Genuinely, this goes to her. Can we just cheer for Megan Thee Stallion, please?”

Beyoncé was bested by Adele at the 2017 ceremony when the British singer took home the trophy in the Album of the Year category for her album 25, beating out Bey’s Lemonade. Adele expressed similar sentiments at the time, saying, “I can’t possibly accept this award. I’m very humbled and very grateful and gracious but my artist of my life is Beyoncé, and that album to me, the Lemonade album, was just so monumental.”

Although Beyoncé didn’t perform at the year’s gala, she did deliver a speech while accepting the Best R&B Performance honor.

“As an artist I believe it’s my job, and all of our jobs, to reflect time and it’s been such a difficult time,” she said. “So I wanted to uplift, encourage, celebrate all of the beautiful Black kings and queens that continue to inspire me and inspire the whole world.”