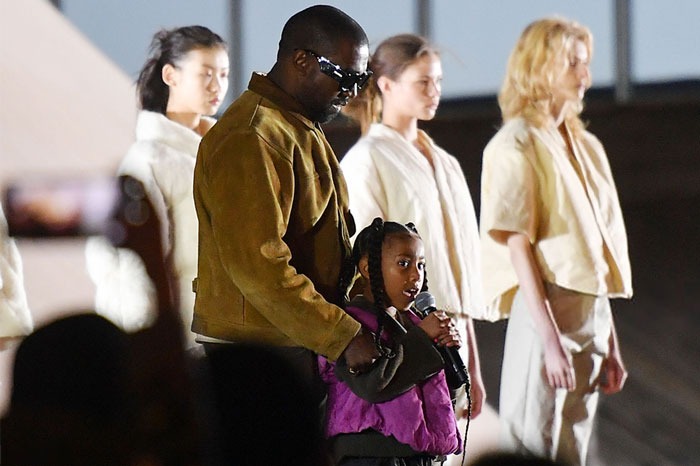 A star is born.

North West stole the spotlight at her father’s Yeezy Season 8 show during Paris Fashion Week on Monday. The 6-year-old daughter of Kanye West and Kim Kardashian took the mic towards the end of the runway presentation to deliver an original rap.

“It’s Northie,” she said as models showed off her dad’s latest collection. “I will never do bad things,” she rapped over the hard-hitting beat, which also included the lyrics, “Cool, cute, cool, yeah!” and “What are thooose?!”

With her mother looking on, North also shouted out her cousin Penelope Disick while her dad joined her onstage. Ye was beaming with pride before walking off stage with his daughter to cheers from the crowd.

North is quickly following in her father’s footsteps. She has performed during Kanye’s Sunday Services and recently debuted one of her original raps at a school-sponsored event, which she attended with her father.

Kanye and North at daddy daughter dance last night at her school 🏫✨😍 awww he’s just whispering into his daughter’s ears whilst she sings 😭❤️ pic.twitter.com/Da70djTwjK

The Yeezy Season 8 show was Kanye’s first fashion show in almost four years. He sent out last-minute invites to fashion insiders, which included fake rattlesnake eggs and a bundle of sage.

“From the West family,” read the invite. “Here is a little piece of our home in Cody, Wyoming.”

This just showed up to my hotel room 🧐🐍 pic.twitter.com/DpqVwThnt5