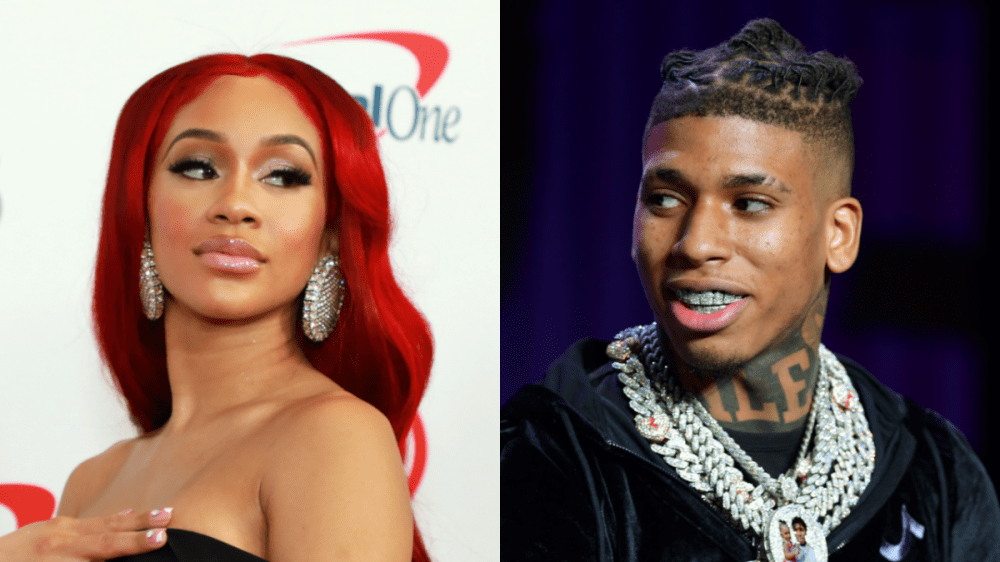 Rappers will never miss an opportunity to let a woman know they have their eye on them. NLE Choppa was the latest artist to let his feelings be known when he admitted during a recent interview that one of his female peers has caught his attention.

During a recent visit to It’s Tricky with Raquel Harper, the Memphis native expressed how beautiful Saweetie is to him while giving a hint that he would be open to experimenting with her in the bedroom.

Saweetie has yet to respond to NLE Choppa’s request, but the “Shotta Flow” hitmaker will be hoping he has better luck than Kodak Black when it comes to shooting his shot at his female rap counterparts.

However, the 29-year-old publicly shot down his attempts by commenting on his Instagram post featuring photos of them together, “YALL NEED TO STOP GASSING THIS N-GGA THIS IS BTS FROM OUR VIDEO SHOOT. YOU WILL NEVER BE MY MAN KODAK PLEASE STOP.”

A scorned Kodak Black later jumped on Instagram Live and claimed he and DreamDoll had a fling in the past while calling her music “trash.”

“Me and shorty had a little history and shit, like throwback and shit before she had any kind of motion and then girls, they forget. They get them a few dollars and they over you,” he claimed.