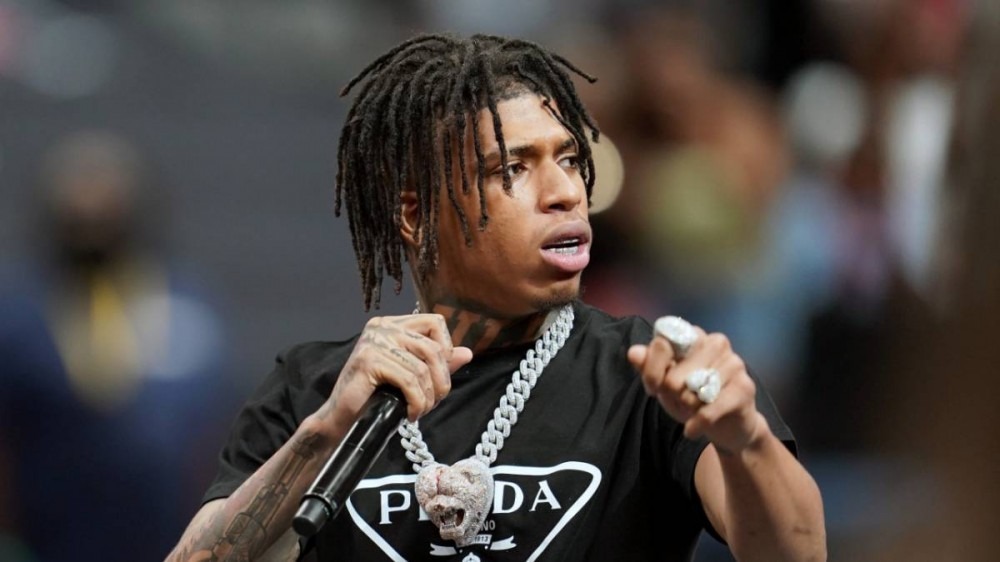 NLE Choppa and DJ Vlad exchanged shots on Twitter last month after the 19-year-old rapper claimed he knew how to cure Justin Bieber’s Ramsay Hunt syndrome. Not even a month later, the two are back at it, firing off insults in 120 characters or less.

The latest social media sparring match started on Thursday (July 7) after Choppa assumed a tweet from Vlad was aimed at him. The tweet read, “A snake oil salesman who claimed he reversed cancer using his $125 bottle of miracle cure just tried to buy a VladTV interview. This is how these guys operate.”

Taking offense, Choppa fired back, “On my momma you lien. Vladimir Putin looking bitch.” Vlad replied, “How am I lying when I never said I was talking about you – read my tweet. You’re not the only snake oil salesman out there lying about curing cancer with fake overpriced herbs. Wanna be NBA YoungBoy looking bitch.”

Clearly amused, Choppa wrote back, “I can’t wait to see you. Warm hugs for you,” to which Vlad said, “Why wait? You can come see me on VladTV face to face whenever you’re man enough to do it.” The exchange ended with Choppa sending him a series of laughing emojis.

The initial friction began in June when Vlad shared a VladTV article titled, “NLE Choppa Says He Knows What Will Help Justin Bieber Following Ramsey Diagnosis.” NLE Choppa hopped in the comment section and called him a “Chump ass n-gga.” Vlad fired back, “Says the chump who claims he cured cancer.”

Choppa replied, “You a culture vulture. You make money off us and really don’t fuck with the people. Police ass.” Vlad argued, “You’re a snake oil salesman. This year you claimed you have herbs that replace Brazilian Butt Lifts & breast implants. Last year, you claimed you can cure herpes, gonorrhea and chlamydia. Fraud ass.”

NLE Choppa has made some bold claims over the years. In April, he told his 1.3 million Twitter followers he planned to expand his raw, dry herbal mixes from his original Brazilian Butt Lift Blend to mixes targeting both genetic and physiological health conditions such as dwarfism, Down’s syndrome and more.

“Since my BBL Blend is such a success, currently I’m looking for things to reverse autism, Dwarfism, Down syndrome, and many other disorders,” NLE Choppa wrote in the tweet. “A lot of people asking for herbs for their height I’m going to look into that.”