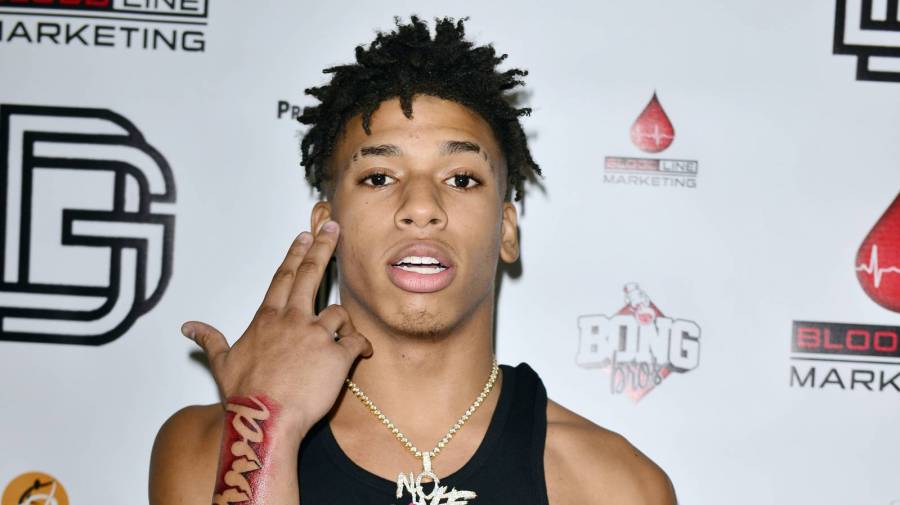 Fort Lauderdale, FL – NLE Choppa is speaking out following his recent arrest. The Memphis native was taken into custody on burglary, drugs and weapons charges on Sunday (March 28) and booked into Broward County Jail in Fort Lauderdale, Florida. But according to the 18-year-old rapper, it was a big conspiracy to take him down.

On Thursday (April 1), NLE Choppa fired off a lengthy statement via Twitter proclaiming his innocence, saying, “To begin when you start changing lives around you and began to stand for something deep in your purpose you become a target to a certain group of people and also the devil,” he wrote. “During this arrest I was setup, substances were planted on me that I don’t consume/use/own, my name was lied upon, and I was mistreated in the process.

“Every media outlet, news channel, and etc covered this story to paint a picture on a new surface I’ve been working so hard to create. This case will be beat and I will walk a free man, remember it’s innocent until proven guilty not guilty until proven innocent. Asking my supporters to stand firm with me and allow God to do his work. Thank you and love y’all dearly.”

NLE Choppa has been in the middle of a spiritual transformation since swearing off violent lyrics last fall. In January, he released the From Dark to Light mixtape in which he talked about his awakening. He also announced the launch of his own NLE Choppa Health and Wellness line. Countless tweets about the holistic values of meditation, sun salutation and various other centering practices have followed, so his arrest came as a surprise to many.

Shortly after being released from jail, Choppa dropped a new video for the “Beat Box” freestyle, which finds him spitting over SpottemGotem’s “Beat Box” single.

Directed by Choppa himself, the visual shows him playing with knives in his kitchen and doing the “Beat Box” challenge in his driveway. As the video comes to a close, he presents his new merch line featuring hoodies and t-shirts with his mugshot on them.