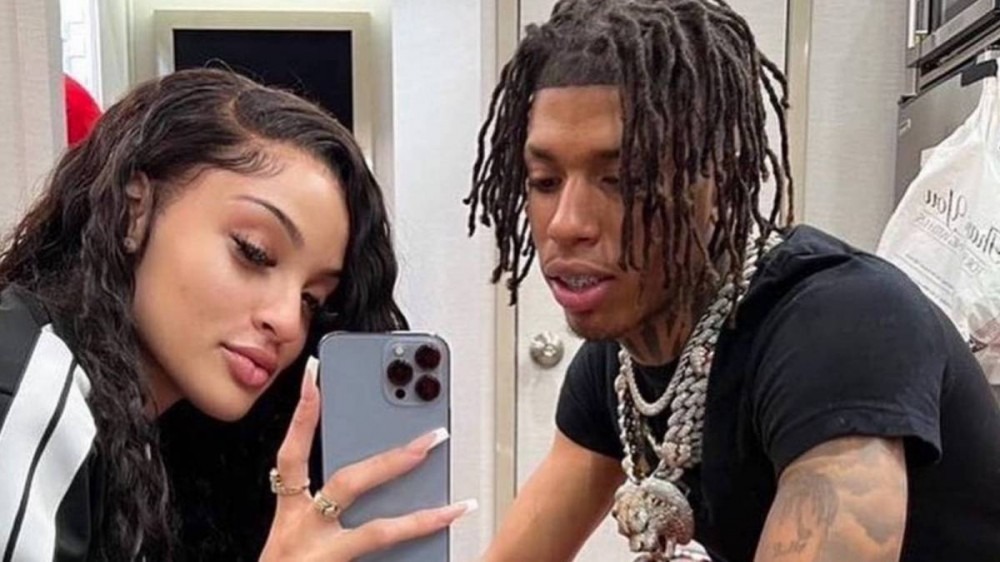 NLE Choppa and his girlfriend Marissa Da’Nae have been in a relationship for several months at this point. But the couple is currently experiencing a difficult time. In an Instagram post shared to Da’Nae’s account on Saturday (March 5), they revealed Da’Nae had recently suffered a miscarriage.

“Talking bout this is so hard,” she wrote alongside a photo of NLE Choppa cradling her belly. “But with Bryson next to me and being my supporter, this has helped me more. Losing our Son is so hard for me, I couldn’t function. But he has has pulled me through and I’m thankful to have you by my side and with me along this journey. There’s a lot of women who suffer the things I suffer and go through the same things I go through.”

Marissa De’Nae went on to thank everyone for supporting her and NLE Choppa through the loss. She also noted she was sharing her grief in an effort to help other women who have suffered the same thing.

“So this also help to open up and let other women know that they aren’t alone,” she continued. “Thank you for all the kind words we truly appreciate it. Thank you Seven, for helping mommy grow more into a better person, pushing me into being more healthier and being the reason for me to continue to fight.

“I love you and I truly do appreciate the time we spent growing together and bonding. You have truly gave mommy more hope. We love you baby. Seven Da’Shun Potts #Forever7.”

NLE Choppa — who’s already a father to a toddler named Clover — took his sorrow to Twitter with a simple post that read, “Seven Da’Shun Potts. #FOREVER7 RIP My Lil One.”

Earlier this month, NLE Choppa accused the mother of his child Mariah of keeping him from his daughter in a series of since-deleted tweets.

“I’m posting to simply clear my name cause I feel it’s the narrative painted of me that ain’t true and it eats me up inside,” NLE wrote in another tweet. “Not for somebody to side with me or for views or a like I actually care about my character. A kid simply wanna be in his child life that’s it.”

As for De’Nae, she was thrilled about the pregnancy and shared regular updates with her fans, including “intimate” videos about their journey. Check it out below.