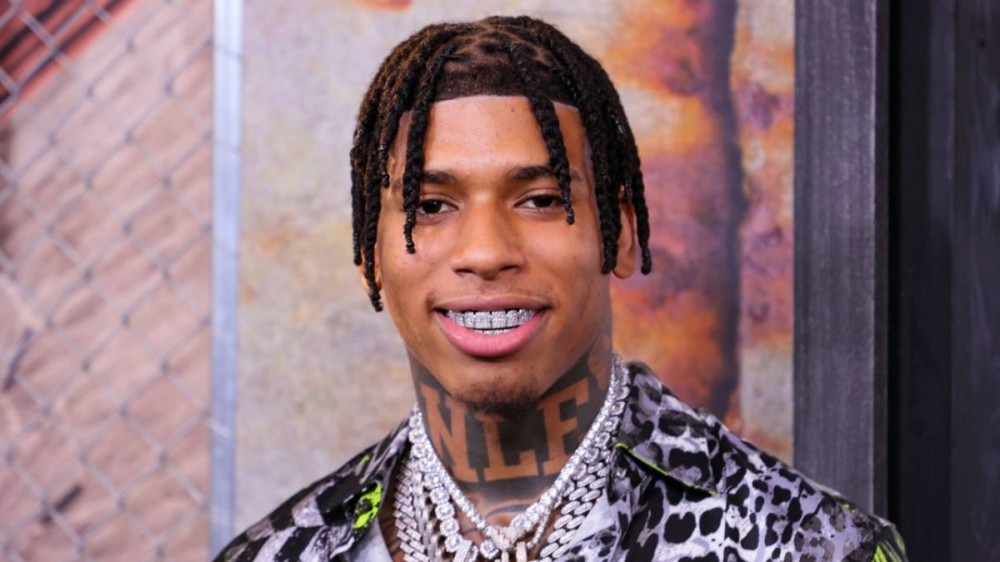 NLE Choppa is no stranger to bizarre antics. Since blowing up with “Shotta Flow” in 2019, the Memphis native has made headlines for making wild anti-vaxx remarks, fist-fighting a fan on the street just months after vowing to stop rapping about violence and claiming to have cured someone’s cancer diagnosis with a herbal remedy he concocted.

On Friday (October 22), the 18-year-old rapper posted a video teasing what appears to be a new song called “Dog Ass Chopstic.” Taking the song’s title a bit too literally, the minute-long clip shows him literally acting like a dog, including “eating” dog food and drinking water from a bowl, playing fetch on all fours and wagging his tongue while sticking his head out of the window of a moving car.

“I’m a dog/I’m a dog/I’ma treat her like a dog/Feed her to my dawgs/Hit you with that 40, I can’t beat you like a dog,” he raps over a trap beat as his bizarre antics play out on film.

The goofy video also finds NLE Choppa mobbing with his homies in his garden, humping a pillow on his bed (and being caught in the act) and rejecting a phone call from someone listed in his contacts as “Another Dumb Bitch I Dogged.”

Needless to say, the video has left many fans scratching their heads. “The song is fire but the clips… ion bout that one chief,” one fan replied on Twitter, while another tweeted, “grown ass man doing this.”

the song is fire but the clips… ion bout that one chief ?

NLE Choppa apparently saw the funny side of the video, however, replying to his initial tweet with several crying face emojis.

NLE Choppa is clearly a dog person, having adopted a puppy named Kingston during the COVID-19 pandemic. He even splashed the cash on a diamond chain for his four-legged friend during a visit to Icebox in Atlanta last August.

It’s unclear when NLE Choppa is planning to release the full version of “Dog Ass Chopstic,” but it appears his recent retirement threat — made in solidarity with NBA star Kyrie Irving over the backlash to his anti-vaxx stance — was merely an empty one.

In the meantime, check out more reactions to NLE Choppa’s bizarre video below.