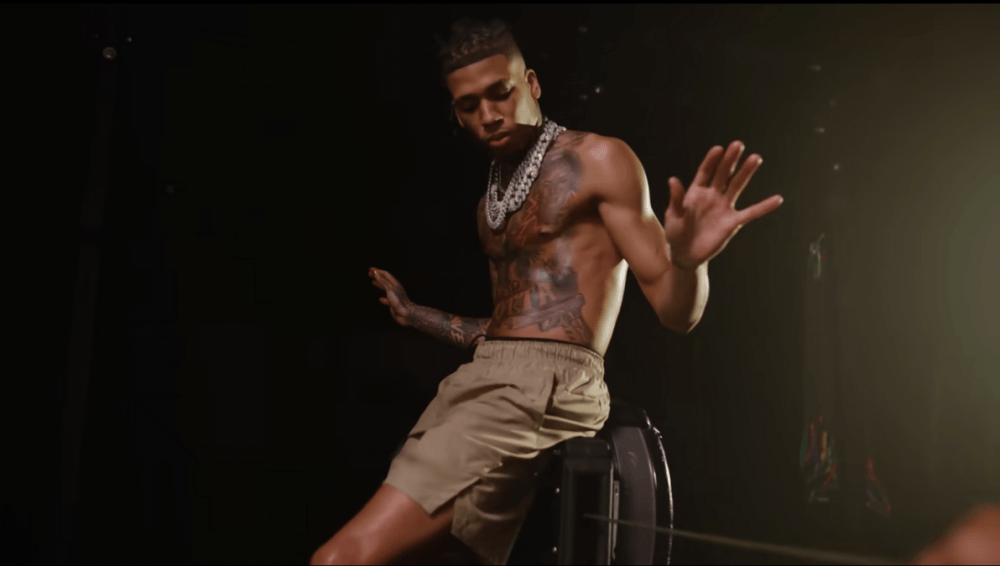 NLE Choppa has given his Young Thug-assisted track “Push It” the visual treatment.

The Memphis rapper dropped a new visual companion to the track on Saturday (August 27), which finds Choppa parading around a marching band and relaxing with some lovely ladies in a steamy locker room. “Push It” appeared on the rapper’s Me vs. Me tape back in January, which sported additional features from Polo G, G Herbo and Moneybagg Yo.

Young Thug is notably absent from the video, likely due to his current incarceration in the ongoing YSL Rico case in Atlanta. Choppa’s new video comes shortly after Thugga was denied bond for a third time during a motion hearing on August 18. Thug and his attorney Brian Steel had argued that the prosecution misrepresented lyrics related to him in order to keep him behind bars, lyrics that he hadn’t even written.

Young Thug and his team have continued to deny any wrongdoing and maintain his innocence in any alleged crimes.

As For NLE Choppa, he’s been busy trying to normalize the licking of armpits during sex.

“I lick my girl armpits all that imma real freak, my saliva yo deodorant,” he tweeted, adding that ears are important to him too.

Watch the video for “Push It” below.