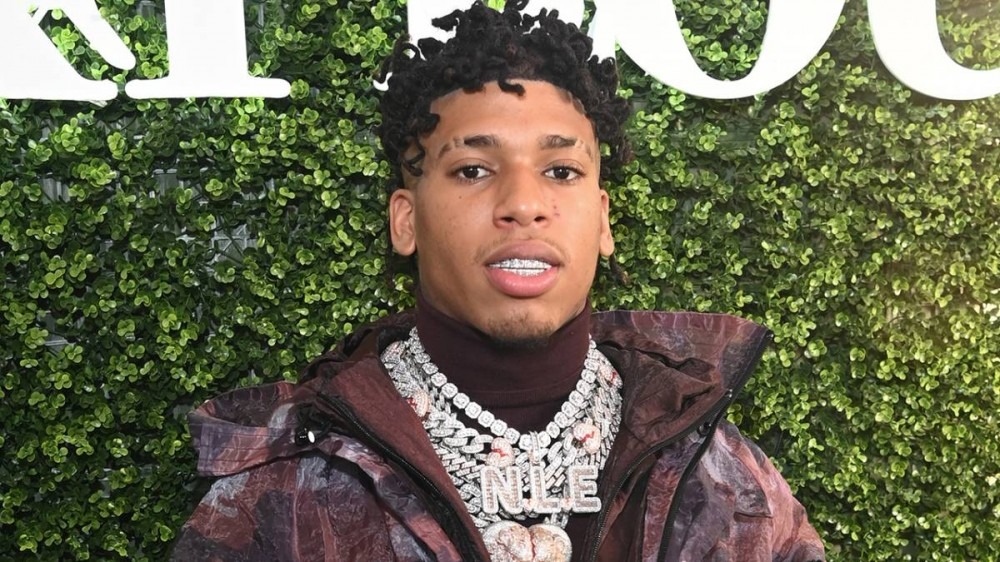 NLE Choppa and Mariah, the mother of his daughter Clover, have been coming at each other’s neck for some time now, and things got taken to the next level when the next round of their feud kicked off on social media this week.

On Wednesday (February 2), the “Walk Em Down” rapper opened the flood gates when he jumped on Twitter with a series of since-deleted tweets shedding light on his situation with Mariah. According to NLE Choppa, he’s not rocking with women who won’t let men that want to be present see their kids.

“I’m posting to simply clear my name cause I feel it’s the narrative painted of me that ain’t true and it eats me up inside,” NLE wrote in another tweet. “Not for somebody to side with me or for views or a like I actually care about my character. A kid simply wanna be in his child life that’s it.”

People on social media were quick to remind Choppa he allegedly shot up Mariah’s mother’s home where Clover was at, and although he didn’t deny the incident happened, he asked fans to get their facts straight and asked for proof that he actually busted shots at the home.

“Clearly say before and those were past actions that’ll never happen again ever in life I’ve grown so much I respect women to much to even up a gun on a lady honestly,” NLE Choppa tweeted.

The situation got even more interesting once the 22-year-old rapper explained he’s seen Clover a total of three times since she was born. He also claimed karma would come to bite Mariah in the ass once Clover gets older and realizes what’s going on with this messy situation.

“Im miserable but having my baby kept away was pre meditated also them false charges that I beat. But I’m the bad guy,” he tweeted. “Seen my daughter 3 times since she was born she going on 2 only time I’ve seen her is if it was COURT ORDERED but I’m the bad guy.”

Mariah chimed in on her Instagram Story to explain a judge ordered a no-contact rule between the former couple and revealed Choppa did not show up to their last court hearing. She also mentioned how the rapper had already admitted to the domestic abuse allegations but is now trying to go back on his word.

“Instagram be on bs & my twitter blocked me from posting so ima keep it cute on here. Them messages from jan 2020. My baby was born june 2020,” Mariah wrote. “Them messages have no relevance because you was over my house coming to see my baby EVERYDAY since I got realeased from the hospital until the incident happen when you shot up my mama house, busted up the garage, and put yo hands on me.”

She added, “That same day the police came they said shouldn’t be contact me or around me or my child until it got settled in court. You was seeing her EVERYDAY until then. My intentions was never to keep him away from his child.”