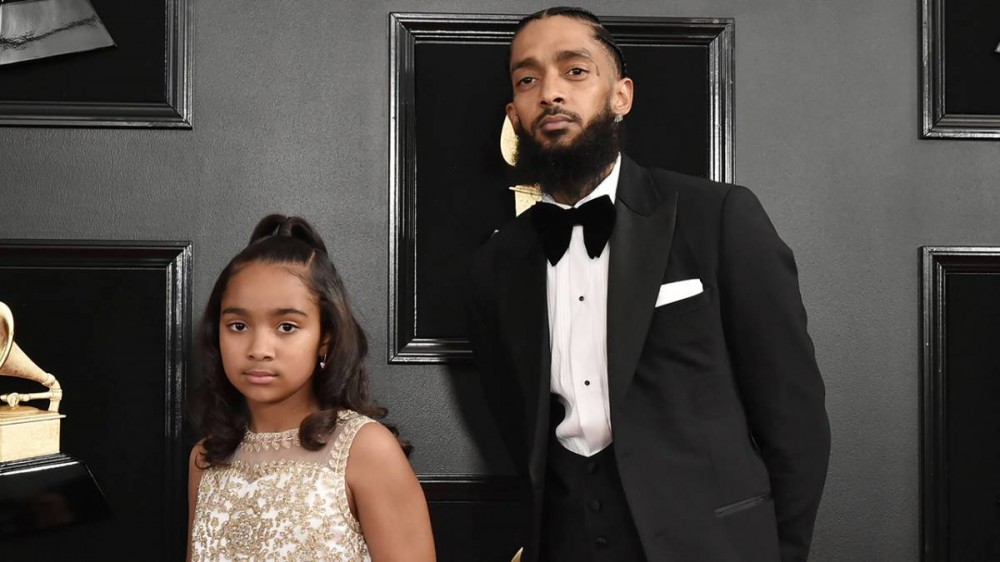 Nipsey Hussle’s 12-year-old daughter Emani Asghedom is proving her dad isn’t the only musical talent in the family.

A video posted by The Shade Room on Monday (October 11) shows Emani in a singing lesson performing “I Will Always Love You,” the Dolly Parton song famously covered by Whitney Houston.

Emani Asghedom was born on November 9, 2008 to Nipsey Hussle’s ex-girlfriend, Tanisha Foster. The late Crenshaw rapper also has a son with Lauren London named Kross Asghedom, who was born on August 31, 2016.

During an appearance on Steph Curry’s 5 Minutes from Home series in 2018, Nipsey Hussle talked about the lessons he would teach his daughter every day.

“It’s crazy to see the shift that’s happening, just to raise good people that have a foundation of principle and integrity.” he said. “When I drop my daughter off every day, I drill her. When I take her to school, we have a little convo before she gets out the car and she gets sick of running scripts with me.

“But I pounded into her head, ‘What is integrity?’ Integrity is doing the right thing when nobody’s looking. Are you a leader or follower? ‘I’m a leader.’ What’s the difference? ‘Think for myself.’ Alright, do you have confidence? ‘Yes, use confidence, believe in myself.’ That’s our script every morning.”

He added, “It seems basic, but I want her to get older and look back on the things I thought were important. ‘My dad always put into me: integrity, confidence and being a leader.’ Regardless of whether she can really embrace those ideas right now, when she gets older and does an evaluation of the message that I wanted her to receive direct, she’s not gonna forget, ‘That’s what my dad thought was really important.’”