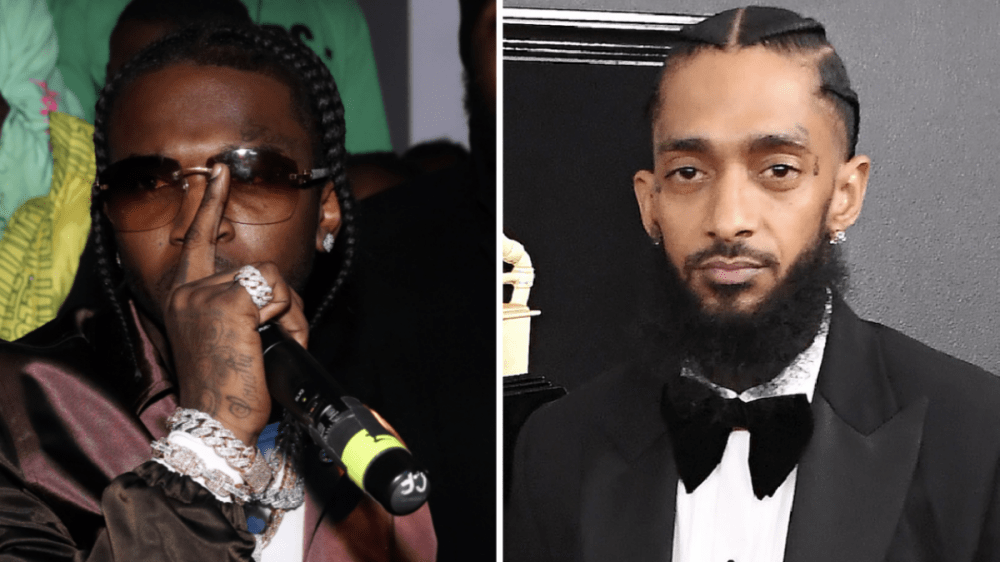 Nipsey Hussle and Pop Smoke’s music continues to impact the Billboard charts even over a year since their untimely deaths. Chart Data revealed on Tuesday (July 6) with the latest Billboard 200 that the late rappers’ projects reached another chart milestone this week.

Neighborhood Nip, who was shot and killed outside his Marathon Clothing store in March of 2019, saw his last album Victory Lap re-enter the Billboard 200 this week. The 2018 album from the West Coast rhymer has now spent 100 weeks on the elusive chart.

Nipsey Hussle’s ‘Victory Lap’ re-enters this week’s Billboard 200. It has now spent a milestone 100 weeks on the chart.

As for Pop Smoke, his posthumous Shoot for the Stars, Aim for the Moon album has now spent a full calendar year on the Billboard 200. The project arrived about five months after his tragic death in July 2020.

Shoot for the Stars, Aim for the Moon has been a chart staple and has never left the Billboard 200’s top 20. The late Brooklyn drill rapper’s LP was the most streamed Hip Hop album on Spotify for 2020.

While Nipsey Hussle’s estate has only said to release a posthumous album alongside his documentary, Pop Smoke’s second LP — which is tentatively self-titled — is set to arrive on July 16. The project is expected to contain 17 tracks.

Pop Smoke — born Bashar Jackson — was murdered during an armed home invasion in a rented Hollywood Hills mansion on February 19, 2020. Four arrests in the case have been made and one suspect remains at large. A preliminary trial hearing revealed a 15-year-old pulled the trigger multiple times and robbed Pop of his Rolex watch.