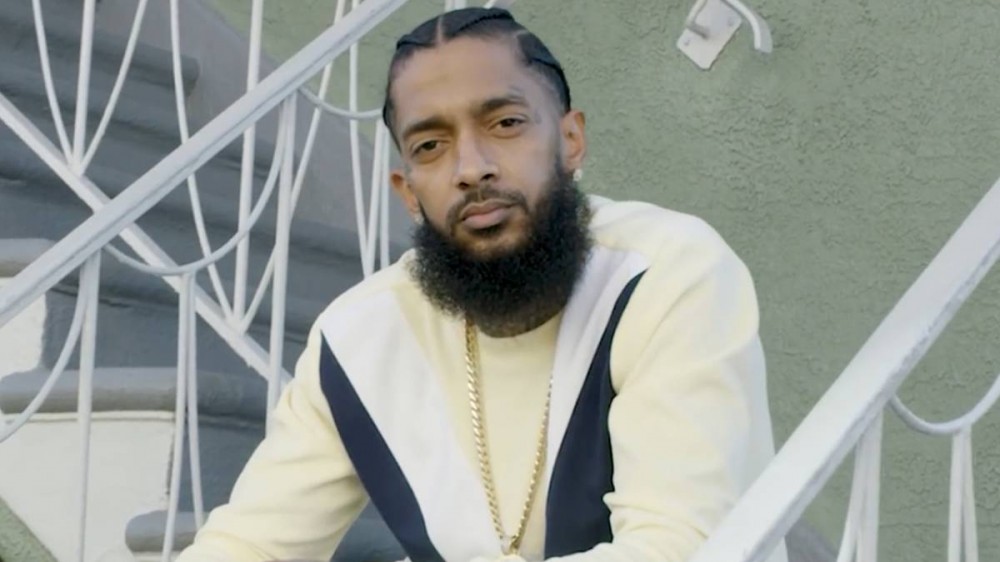 Nipsey Hussle’s estate has reportedly filed a lawsuit against a number of companies it believes are selling fake merchandise in the late rapper’s name, according to TMZ.

Estate administrator and Nipsey’s brother, Samiel Asghedom, is suing websites selling Marathon-related clothing without permission. The estate believes most of the sellers are based in China, using registered trademarks such as a “Crenshaw” logo and “South Central State of Mind.” Documents claim the sites are linked due to misspellings, similar checkout methods and ad tactics.

The lawsuit was filed in Illinois federal court, with Nipsey Hussle’s estate saying sales were targeted to residents in that particular state. The estate wants the judge to force sites to hand over domain registrations with either all profits from merch sales or $2 million per infraction.

This isn’t the first time his estate has taken the legal route. In October 2020, it sued Crips LLC after the gang’s corporate arm filed a trademark for “The Marathon Continues” following Nipsey Hussle’s March 2019 death. His family claimed they already owned several “Marathon” trademarks related to The Marathon Clothing Store in South Central, Los Angeles.

The two parties reportedly reached a settlement over the slogan in March. The suit asked Crips LLC to destroy merch and seeked an undisclosed amount in monetary damages.

In June, Nipsey Hussle’s murder trial was pushed back to December after the accused killer, Eric Holder, acquired a new lawyer.

“A lot of the work was done by my predecessor,” deputy public defender Aaron Jansen said at the time. “Hopefully, by the end of the year, maybe early December, we can go to trial. He does have a significant mental health history. One of the things affecting him [in March 2019] was that his mother had just passed away. He was pretty despondent.”

A number of factors have led to the case being postponed, including Eric Holder refusing to leave his cell, the COVID-19 pandemic, retirement of the previously assigned judge and Christopher Darden stepping down as his attorney citing threats to his family.