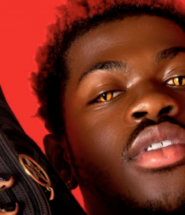 NEW YORK, N.Y. – The 665 people who ordered Lil Nas X’s custom Nike “Satan Shoes” won’t be receiving a pair anytime soon. According to CBS News, Nike was granted a temporary restraining order against MSCHF on Wednesday (March 31), which is the art collective that worked with Lil Nas X on the controversial customized Nike Air Max ’97s.

The court order given by the Eastern District of New York ruled the Brooklyn-based company cannot fulfill any of the 665 orders of the $1,018 sneakers for the time being. The satanic kicks sold out in just one minute when released in March alongside Nas X’s “Montero (Call Me By Your Name)” single.

“Nike filed a trademark infringement and dilution complaint against MSCHF today related to the Satan Shoes,” a spokesperson told CBS News. “We don’t have any further details to share on pending legal matters. However, we can tell you we do not have a relationship with Lil Nas X or MSCHF. The Satan Shoes were produced without Nike’s approval or authorization, and Nike is in no way connected with this project.”

Nike filed a lawsuit earlier this week and argued it’s the sole controller of where their signature Swoosh insignia is displayed. However, Lil Nas X isn’t named in the suit.

“Decisions about what products to put the ‘swoosh’ on belong to Nike, not to third parties like MSCHF,” court documents seen by The Hollywood Reporter read. “Nike requests that the court immediately and permanently stop MSCHF from fulfilling all orders for its unauthorized Satan Shoes.”

Despite the controversy and severe backlash, the diabolical “Montero” is expected to hit the top spot on next week’s Billboard Hot 100. Lil Nas X ruled the Hot 100 for a record 19 weeks thanks to “Old Town Road” in 2019. A lottery winner will be announced Thursday (April 1) as to who will win the exclusive 666th pair of “Satan Shoes,” which contain a drop of human blood in their soles.