This year has been a big year for Nike and has been highlighted by the release of the Nike LeBron 16 which is, of course, a part of the LeBron James signature series. The shoe looks a lot like the LeBron 15 when it comes to the midsole, although this latest version doesn't have as long of a cuff. Following the trend of most LeBron shoes, Nike has created a low top version of this latest model and they have been slowly rolling out new colorways throughout the month. Just recently, another new color scheme of the LeBron 16 Low surfaced that should be familiar to those who have followed the line.

These rough images show off a military-style "camo" version of the shoe which is set to touch down on April 1st for $160, according to Sneaker News. The entire sneaker is dressed in deep forest green, while there is also a patch of camo on the back heel. A black outsole and cuff lining round out the features of the shoe. As for the air bubbles on the bottom, those are completely translucent.

With so many LeBron 16 Low's coming out, it will be interesting to see if these strike a chord with LeBron fans. 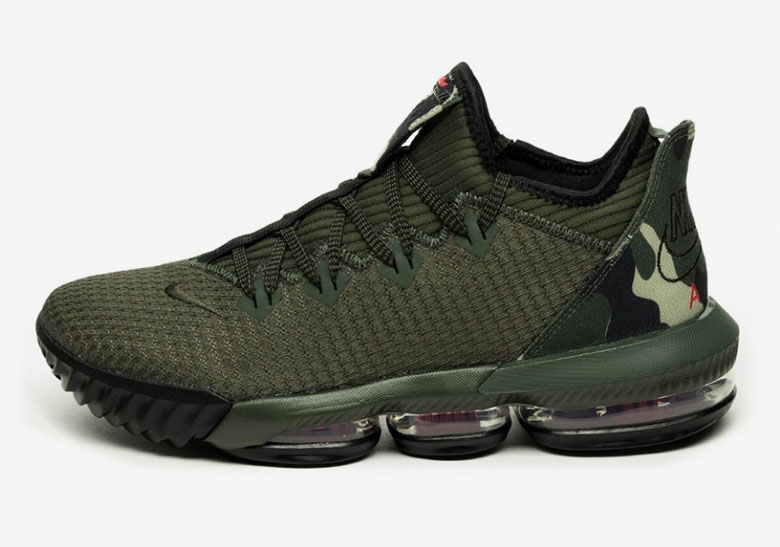