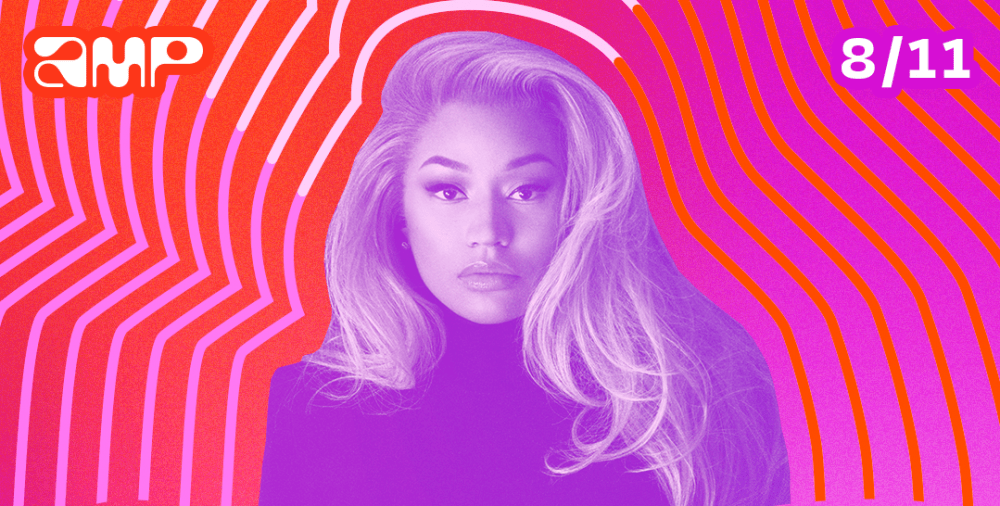 On Thursday, August 11 at 7 p.m. PT, Nicki Minaj’s Queen Radio will make its official comeback on Amp, the brand-new live radio app from Amazon. Through the app, fans will be able to listen to Nicki live and ring in to ask her questions and engage in direct conversation.

Fans can buy exclusive merchandise from the Amazon Music Merch Shop to mark the launch of Queen Radio on Amp, including a sweatshirt and t-shirt for the show that can be ordered from www.amazon.com/queenradio and the Amazon Music app.

Nicki has been building anticipation for the debut over the past two weeks by holding unexpected pop-up events on the app where she has interacted with fans, discussed her forthcoming single due out on August 12, and revealed details about her impending documentary. Thousands of Barbz flocked to the app to listen to the show as soon as Nicki appeared on Amp last week. Nicki’s unexpected presence made Queen Radio the top trending topic on Twitter and encouraged her supporters to start their own shows and build sizable, genuine fan bases.

Full Queen Radio episodes will be available worldwide to stream on Amazon Music in the days following the live show on Amp, here.