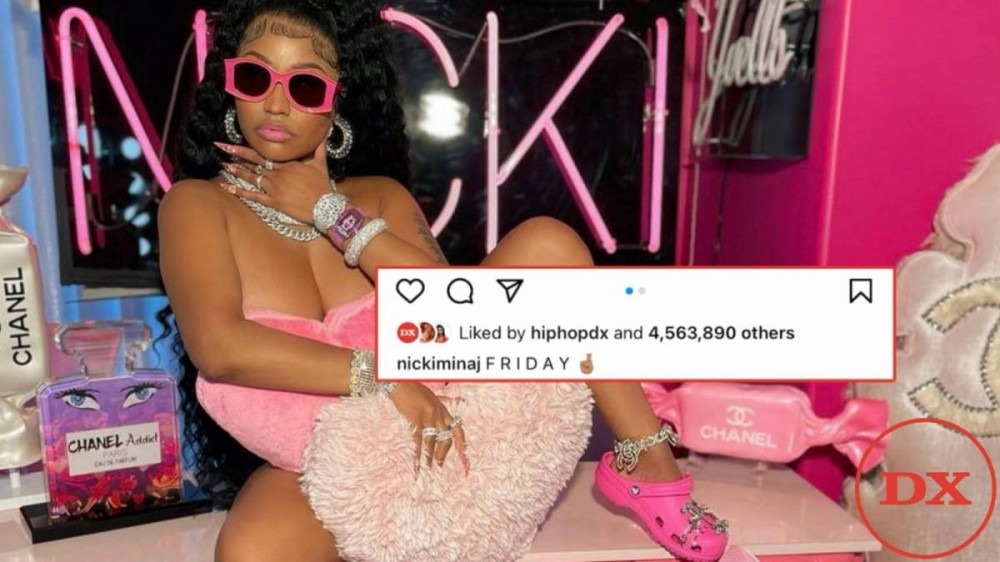 Nicki Minaj and her dedicated Barbz fanbase continue to break the internet one post at a time.

Even though Post Malone has literally been selling out shoes with Crocs since 2018 and also recently donated 10,000 pairs of his highly popular Duet Max Clog II collab to workers at 70 different hospitals across the country, Nicki Minaj managed to cause a massive spike in sales after just one semi-nude Instagram photo in a pair of pink clogs — signed with a cryptic “Friday,” caption.

According to a report from Page Six, Nicki’s Pink Friday and Chanel IG shot on Monday (May 10), caused a 4,900 percent up-kick in the sales of pink crocs and unprecedented traffic to the official website of the clogs designer — which reportedly crashed.

The pink clogs trend is yet another highlight in a string of recent commercial wins for Nicki Minaj that reinforce the value of her star power as a commodity.

Though she hasn’t dropped any solo releases since her 2018 Queen album, the Barbz mounted a campaign earlier this month that led to Nicki’s “LLC” track from the project landing in iTunes U.S. Top 30 chart.