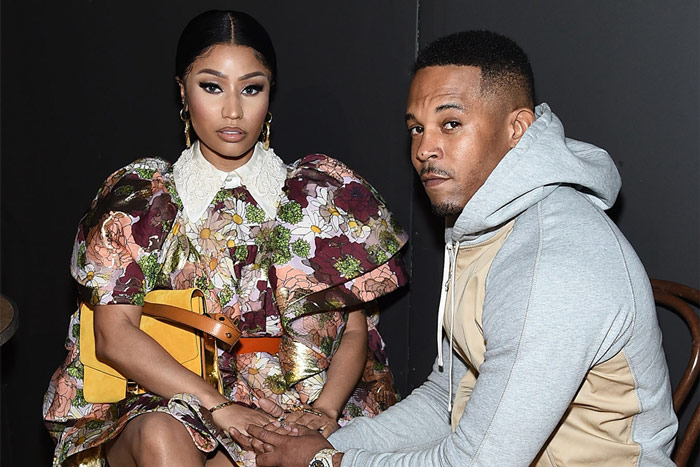 Nicki Minaj’s husband was arrested by U.S. Marshals for failing to register as a offender.

According to TMZ, Kenneth Petty turned himself in to federal Marshals on Wednesday. He is set to face a judge later today. Petty moved to California in July 2019, but his legal troubles started last fall when he was pulled over in Beverly Hills.

During a traffic stop on Nov. 15, the Beverly Hills Police Department determined that Petty was a registered offender in New York state but had not registered in California. The L.A. County D.A. charged him for failing to register as a offender and released him on a $20,000 bond.

It appears he still didn’t register after the incident and has now been indicted in federal court for failing to register.

Petty was convicted in 1995 for first-degree attempted rape. He served almost four years in NY state prison for the crime and was required to register as a offender.

Petty is facing some serious jail time. If convicted on the federal charge for failure to register, he could be sentenced to up to 10 years behind bars.

Minaj and Petty were married last October. They obtained their marriage license at the Beverly Hills Courthouse in July, around the same time they moved to California.