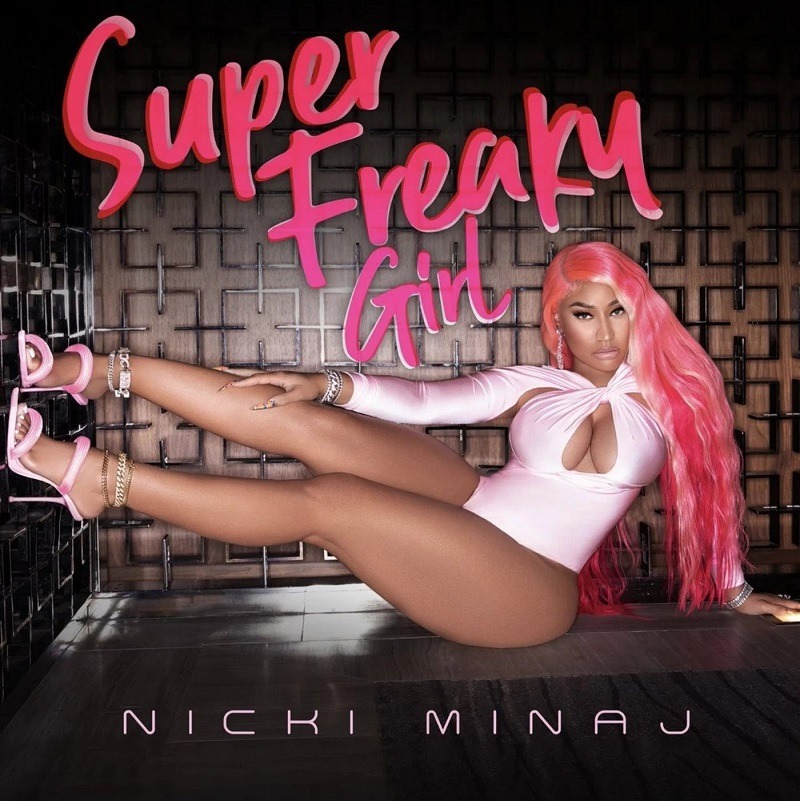 Nicki Minaj is currently celebrating the success of her No. 1 single “Super Freaky Girl.” Hitting Instagram, Minaj shared a post with flowers from her record label, champagne bottles to pop and her son, Papa Bear, who is enjoying the balloons.

Minaj says her husband was attempting to surprise her for hours with the arrangement, but her delaying the surprise led to it being dark outside. She eventually emerged and enjoyed the surprise.

“Mama loves you papa bear,” Nicki wrote. “You make every single moment worth it.”

Nicki Minaj and her new single “Super Freaky Girl” debuted on top of the Billboard Hot 100. The single is Minaj’s third time on top of the chart, but her first time unaccompanied. She previously appeared alongside 6ix9ine on top with “Trollz” and with Doja Cat on “Say So.”

“Super Freaky Girl” features a sample of Rick James’ “Super Freak” and had a monster week of 21.1 million streams, 4.6 million radio airplay audience impressions, and 89,000 downloads in its first week.

“Super Freaky Girl” is also Minaj’s 21st single to reach the Top 10 of the Hot 100. It is the rapper’s second single to do so this year, following her collaboration with Lil Baby, “Do We Have a Problem.”

In addition to the top of the Hot 100, Minaj’s new single tops the Streaming Songs and Digital Song Sales charts.

Adding to the moment, Minaj topping the charts follows “Break My Soul” by Beyoncé and “About Damn Time” by Lizzo, making for the first time in this century that three solo Black female artists have topped the Hot 100. Minaj is also the first solo rapper to debut on top of the Billboard Hot 100 since Lauryn Hill in 1998.

Nicki Minaj, along with LL Cool J and Jack Harlow, will host and present the night’s major events as the 2022 “VMAs” air LIVE from Prudential Center on Sunday, August 28 at 8PM ET/PT.

By adopting a more creative and distinctive approach to the conventional “host” role seen in past years, the three rappers will announce the show’s star-studded lineup of performers, presenters, and winners.