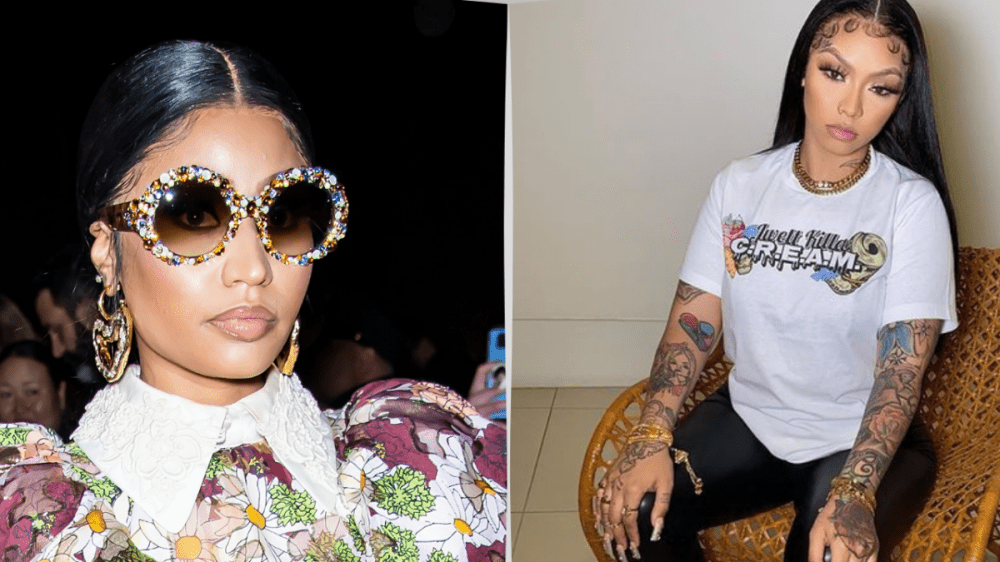 Nicki Minaj is enjoying fans’ reception to her new singles from the re-release of 2009’s Beam Me Up Scotty mixtape. However, helping correct Cuban Doll on one particular lyric prompted Nicki to clarify she isn’t out to embarrass people she genuinely loves.

On Saturday (May 22), Cuban Doll shared a photo on Instagram with a caption highlighting Nicki’s verse from “Crocodile Teeth.”

“My type of gal wanna know da opps out,” she initially wrote. After noticing the post, Nicki jumped in the comments to point out the verse was in patois and gave Cuban the correct lyric, “Might tek a gyal man, I know the opps out.”

One quick update and Cuban thought she was in good, until people quickly jumped on her, asking her to archive the post and feel shame for not knowing patois. Not long after the drama surfaced, Nicki Minaj took to her Instagram stories, alerting fans there was no beef between the two and people took the entire situation out of context.

“I hope y’all know I love Cuban,” she wrote. “I was having fun w|her. I don’t try 2 embarrass ppl I fuk wit. That’s corny. I’ll never correct a lyric ever again chile. Boom.”

“Crocodile Teeth” arrived as part of the updated version of Beam Me Up Scotty on May 14. According to Hits Daily Double, the project is set to debut at No. 2 on the upcoming Billboard 200 chart with roughly 79,000 total album-equivalent units earned.

Cuban Doll wasn’t the only rapper feeling a bit of burn over the actions from the Barbz. Lil Yachty recently asked for forgiveness from Nicki and the Barbz after he sided with Cardi B during her and Nicki’s 2018 feud.

“Hey barbs, it’s boat… I just wanted to apologize,” he tweeted on May 17. “I love Cardi and nicki, big fan guys. I hope u guys can forgive me.”

Listen to “Crocodile Teeth (Remix)” from Nicki below.