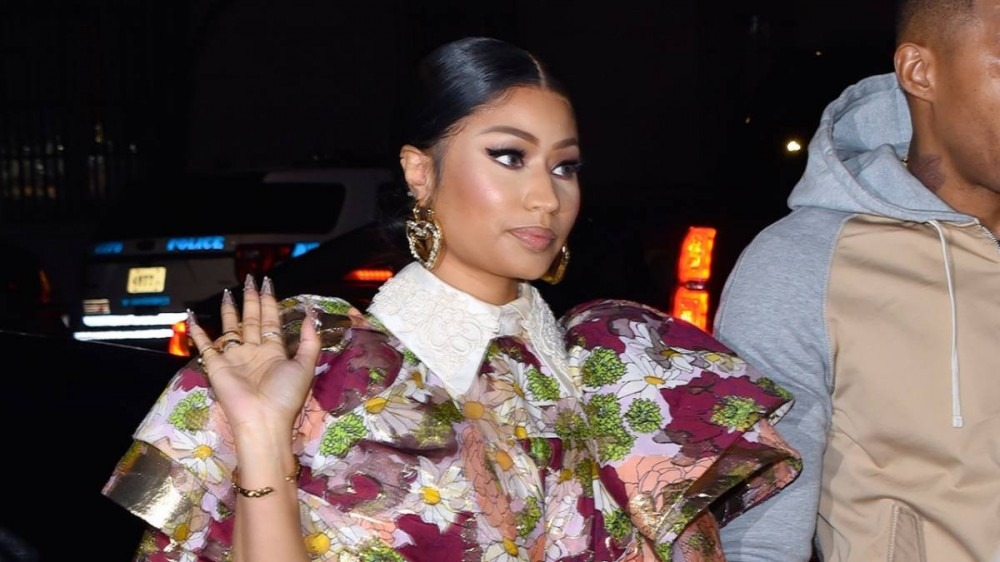 Nicki Minaj has a long history with Twitter, but she may be done with it altogether.

After claiming to be in Twitter jail over her comments earlier this week regarding the COVID-19 vaccine mandate, the Young Money rapper has vowed to never return to the social media platform again. On Wednesday (September 15), Nicki took to her Instagram Story alleging to have been suspended by Twitter for her seemingly controversial vaccine comments.

“I’m in Twitter jail y’all,” Nicki told her 157 million Instagram followers. “They didn’t like what I was saying over there on that block, I guess my poll was gonna be asking questions is OK I like being fkng dumb then boom. Can’t tweet.”

However, Nicki may have been stretching the truth after a Twitter representative told various outlets the social media app did not take action against Nicki’s page. She later returned on Instagram Live to announce that she would never use the app again because “it’s starting to feel a little scary.”

As of press time, Nicki’s Twitter page is still up and running.

All this commotion started after the Queen rapper shared her stance on the COVID-19 vaccine. According to Nicki, she wants to do more research after claiming a cousin in Trinidad had a friend whose testicles became enlarged after getting the jab. Health officials and critics worldwide were quick to dismiss Nicki’s claims and although people felt she was spreading misinformation, Twitter said she did not break any of their policies.

Things got a little bit crazier for Nicki Minaj after she issued another tweet on Wednesday saying she was invited to the White House to discuss her concerns with the vaccine.

“The White House has invited me & I think it’s a step in the right direction,” she tweeted. “Yes, I’m going. I’ll be dressed in all pink like Legally Blonde so they know I mean business. I’ll ask questions on behalf of the ppl who have been made fun of for simply being human.”

The White House has invited me & I think it’s a step in the right direction. Yes, I’m going. I’ll be dressed in all pink like Legally Blonde so they know I mean business. I’ll ask questions on behalf of the ppl who have been made fun of for simply being human. #BallGate day 3 https://t.co/PSa3WcEjH3

Although the White House did reach out, the visit was actually a proposed phone call between Nicki Minaj and one of the White House doctors, according to CNN anchor Don Lemon. Nicki also cleared up the confusion on her White House visit asking why would she lie about something like that.

Nicki’s eventful week on social media has left fans divided. Some struggle to support her stance on the vaccine, especially with the Delta variant putting more people in the hospital. Others are showing support for her, such as Fox News‘ Tucker Carlson, who assessed the situation on his show.

“It’s not anything to do with the physical effect of the vaccine that makes our political class mad – it’s the last part of Nicki Minaj’s tweet that enraged them,” he said. “The part where she says you should pray on it, make the decision yourself like a free human being, and quote ‘don’t be bullied.’”