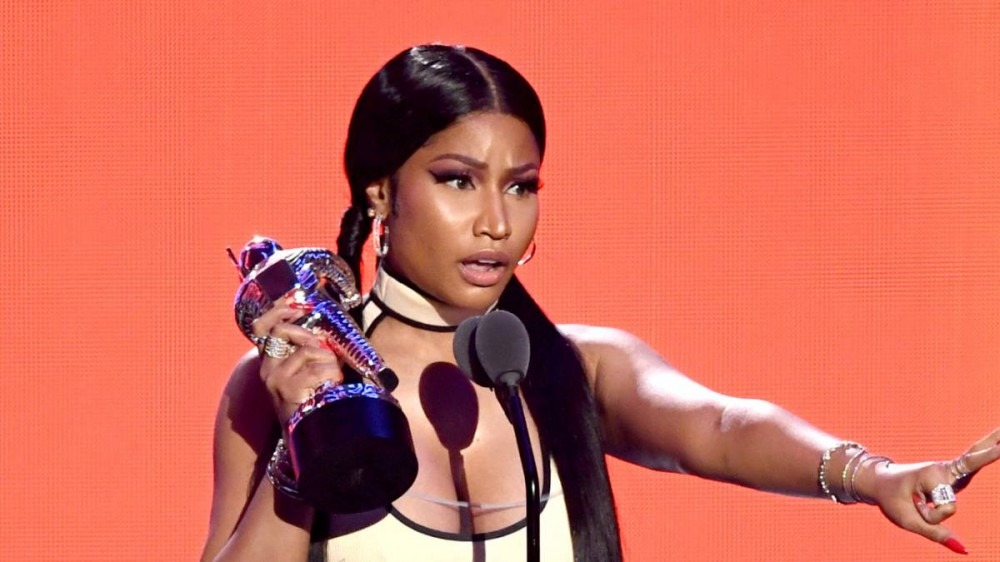 Nicki Minaj is set to be the next guest on Joe Budden‘s Pull Up series, but roles were reversed on Tuesday (March 8) when Budden joined Nicki’s Instagram Live session promoting her latest announcement.

While the 52-minute discussion was focused on the return of her Queen Radio show, which will debut on Amazon’s new Amp app, the Young Money rapper also took the opportunity to get a few things off her chest — namely her feelings about men commenting on Black women’s appearances on social media.

“I’m talking about men that feel the need that they can comment on women’s bodies and keep saying what they like and what they don’t like,” she yelled. “Who are you?! This ain’t about you! … Y’all feel like y’all can constantly disrespect Black women? Get the fuck outta here!

“And to the men that get on and laugh about Black women because you’re mad because some Black girl broke your fucking ugly-ass heart, like the podcast clown. I wish the n-gga would’ve tried that with me … This is not embarrass Black woman season.”

Nicki then addressed men rating women’s looks while bring up “dating expert” and Future‘s “Worst Day” co-star Kevin Samuels giving her a nine out of 10.

“This is not about Kevin, because he actually was very respectful on the show when I spoke to him,” she continued. “But all you n-ggas that do that, you can take those ratings and shove it up fucking your assholes.”

Despite her scathing remarks, Nicki Minaj clarified she has nothing but love for Black men and she won’t let “a couple idiots spoil the bunch.”

“Dear Black men, I love you … I appreciate you … You are needed and wanted,” she added. “You are the only men on this planet that, as little boys, you don’t get to be nurtured and treated like a child, like someone’s thing that needs to be loved and hugged and kissed and told that we love you.

“I will never be on that side of the room, about bashing Black men … I realize how much love and affection and constant adoration I show to my son, and sometimes that’s what the man wants. Especially Black men, they’re not allowed to show their emotions, even when they’re young. They’re told, ‘You gotta man up. You gotta be the man of the house.’

“I want to make sure that I let Black men know for the rest of their lives, I’m not one of those. I love you and we need you.”