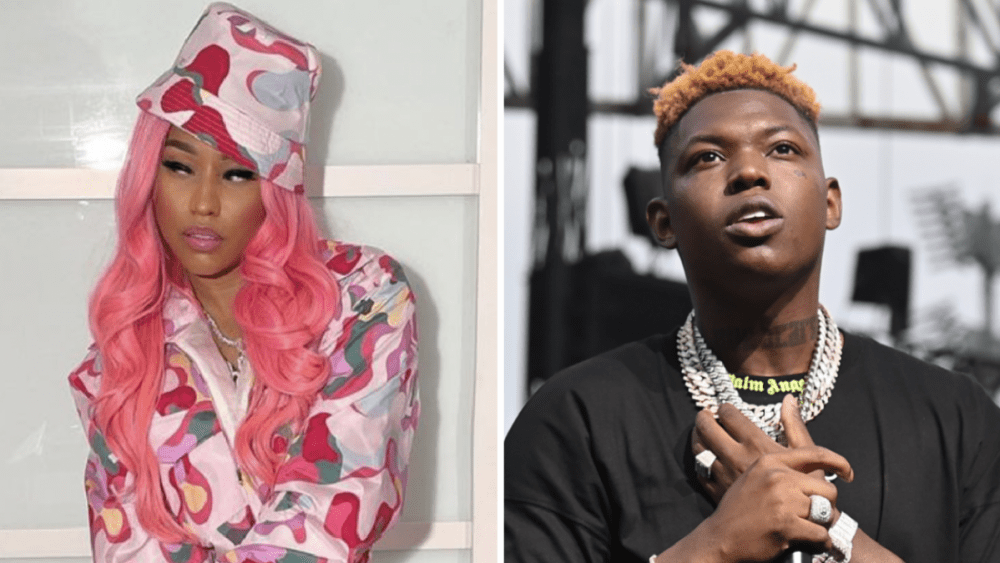 Every rapper for the most part has a dream feature of someone they set a goal to get on a song by the end of their career. For Yung Bleu, the 2021 HipHopDX Rising Star hasn’t been shy about his No. 1 choice which is to secure a Nicki Minaj feature in the near future.

Yung Bleu fired off a list of dream features on Tuesday evening (August 3) that was headlined by the Queens legend at No. 1 followed by Rihanna, Anthony Hamilton, Maroon 5, The Weeknd, Justin Bieber and André 3000.

I would love to work with in the future. I like speaking things in existence it seems to work

The Barbz immediately flooded Bleu’s mentions looking to help get Nicki’s attention and head toward another dynamic collaboration after the Moon Boy artist already connected with another Young Money deity in Drake for a remix to “You’re Mines Still.”

“@NICKIMINAJ u at the top of his list he’s so sweet,” one fan wrote.

This isn’t the first time Yung Bleu is shooting his shot at a Nicki Minaj feature. In June, Bleu tweeted at Nicki letting her know how much of a fan he is and how they should do a record together in the future.

“@NICKIMINAJ I fw u …I’m not just saying this cuz ww should do a song ….even tho we should lol,” he said.

@NICKIMINAJ I fw u …I’m not just saying this cuz ww should do a song ….even tho we should lol

Even though she didn’t officially reply to his ask, Nicki Minaj did actually like Yung Bleu’s tweet.

“WTF ??? LET ME GET SOME SONGS READY IN CASE SHE REPLY TO MY DM,” the Alabama native wrote once seeing she liked the tweet.

WTF ??? LET ME GET SOME SONGS READY IN CASE SHE REPLY TO MY DM 🤣🤣 https://t.co/RcvgrpDZFc