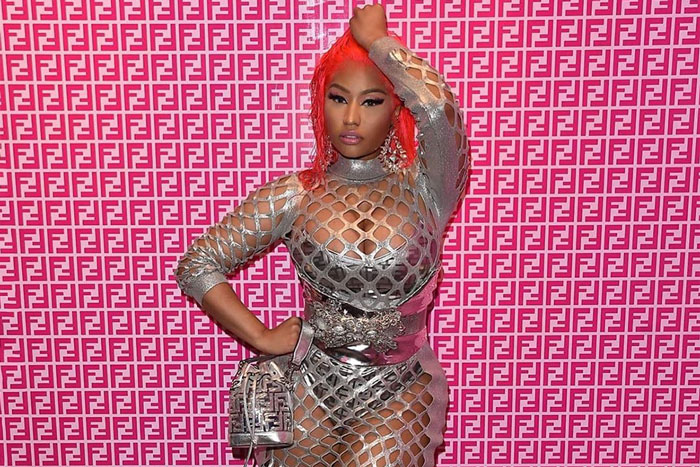 Just hours after her Twitter feud with Meek Mill, Nicki Minaj sat down with her manager Irving Azoff during the Keynote Conversation at Pollstar Live! 2020 in Beverly Hills on Wednesday evening.

During the candid conversation, the Queen discussed a wide range of topics including her new album, marriage, Kobe Bryant, and even her heated argument with Meek.

“I got hacked this morning,” joked Nicki, who regrets the social media outburst. “It never fails. Everytime I do it, five minutes later, I’m like, ‘Why the fuck did I do that?’ But it’s a good lesson in knowing how to master your anger and emotions. Everytime I do that, I give myself a talking to in my head.”

Nicki got emotional when speaking about the death of Bryant and his daughter Gianna. “I can’t imagine what his wife is feeling to lose your husband at such a young age but your child too,” said Nicki as she wiped away tears. “We love you, Kobe, and to your wife, your family, and your friends, we are praying for you guys.”

Nicki once again expressed her admiration for JAY-Z. “Before I had a dime, I always said I tried to watch what JAY-Z did and how he handled hip-hop and entrepreneurship. And I always look at him and I take my notes from him. So where you see JAY is right now, that’s what I want to be in the Nicki Minaj way. I want to still be a staple in rap, but opening doors for new people.”

When asked what songs she gets tired of performing, she listed “Anaconda” (“I wish I never recorded ‘Anaconda’”), “Your Love” (“I like the video but I hate the song”), and “Starships” (“I hate ‘Starships’”).

Mrs. Petty also credited her husband for always keeping her grounded. “I think the thing that has changed my life the most… When you marry someone that lifts you up and whenever I’m down, I can have one conversation with my husband and it will get me back where I need to be mentally. He’s been a really great force in my life. I’ve known him since I was 17 and I feel a level of comfort with him that I hadn’t felt before to just be myself and to share who I am.”

Elsewhere, she revealed that she’s been going to the gym (“I lost 13 pounds”) and wants to develop an athletic wear line. Plus, she gushed over Judge Judy and Larry David (“I would love to do [‘Curb Your Enthusiasm’]”).

Azoff said they plan to release her new song “Yikes” as soon as this week, but Nicki warned that it’s not a single. “It’s not my single because the single will be launched with a visual. This is the set-up song,” she said.