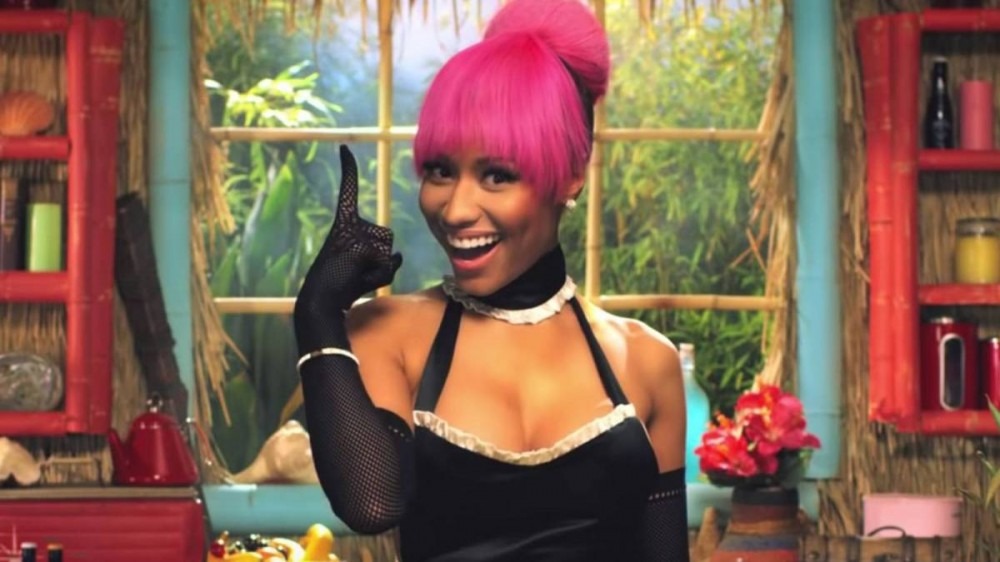 London, UK – Nicki Minaj and husband Kenneth Petty welcomed their first child in September 2020, a son she calls “Papa Bear.” Ahead of Nicki’s headlining performance at the Wireless Festival in London on Sunday (July 10), she hopped on Instagram Live to answer some fan questions, which included: “Are you pregnant?”

She replied, “Am I pregnant? Oh, I did mean to tweet this: I’m not fat, y’all, I’m pregnant [laughs]. Oh wait. Did I say it wrong? I’m sorry. I think I said it wrong. I meant to say I’m not pregnant, I’m fat. But thanks, guys, for all the congratulatory messages.”

Nicki Minaj fans thought she was possibly pregnant with her second child, but TMZ confirmed she’s not expecting — at least not yet. Her husband was just sentenced to one year home confinement for failing to register as a sex offender in the state of California, so he’ll have a lot of time on his hands.

As part of Petty’s sentence, he’ll also have to complete three years of probation and pay a $55,000 fine. Shortly after he received his sentence, Nicki posted a pair of wholesome family photos to her Instagram account. The photos included their nearly 2-year-old son sitting on Petty’s shoulder. Nicki didn’t share much in the caption aside from a few emojis.

A second child would fit neatly into Nicki’s 10-year plan. As she told Complex during a 2012 interview, “In 2022, I’ll definitely be married and I’ll definitely have my two children. I really need a boy in my life. A baby boy. Because … I’m so attached to my little brother and I felt like that was my real son. And boys, they’re just so, I don’t know … my heart just melts when I see them.”