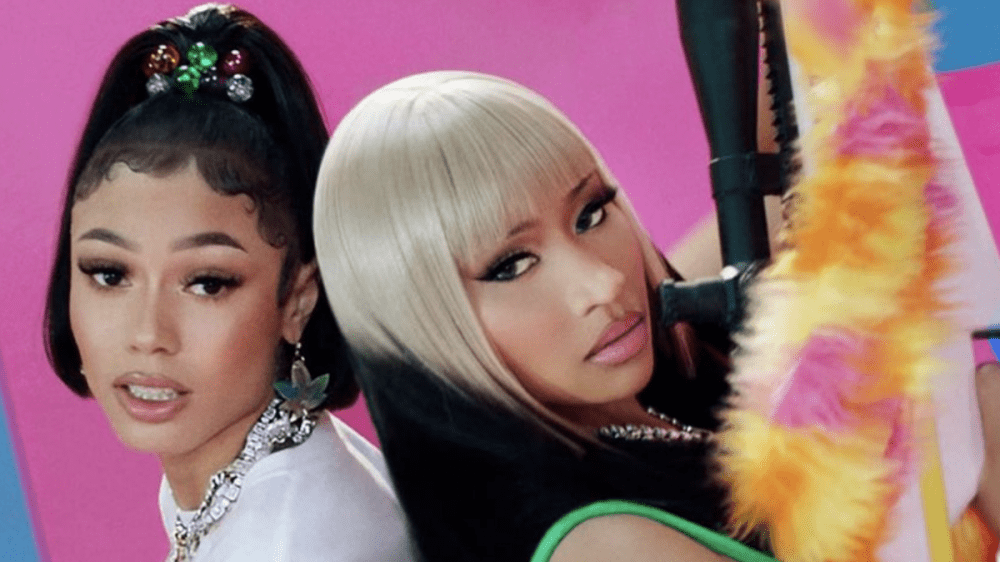 Nicki Minaj and Coi Leray made waves when they teamed up last week for their dynamic “Blick Blick” collaboration, which is the No. 1 video trending on YouTube with nearly six million views since its March 18 release.

Nicki and Coi have been very complimentary of working with one another and the Barbz captain showed Coi Leray a ton of love with an Instagram post Tuesday night (March 22) featuring a checklist of what she believes makes Coi a special and unique talent in Hip Hop.

“Unique style. Comfortable in her OWN skin & body. Sexy while being completely covered Not afraid to be FUN & playful. Face not looking 20 years older than her real age. STANDS OUT FROM THE CROWD even on the RED CARPET. Wish I had this confidence @ this age. You go mama,” she wrote.

The clip is from Tuesday’s iHeartRadio Music Awards red carpet where Coi Leray details the thrilling experience of having the chance to work with the Young Money queen. Even without an album out, Coi was up for a pair of awards including Best New Hip Hop Artist and TikTok Bop of the Year.

“It was an experience because let me tell you, that girl is so humble and so genuine,” she said. “Because to have someone that’s been here and be so humble and genuine and to be so fire, it don’t get no better than that.”

As far as the biggest thing Coi took from the experience of working with Nicki Minaj, she says it’s to always “protect your peace” and don’t let anybody come in and take over what you’re trying to do.

Coi Leray’s debut album, Coi, is slated to arrive on April 8. For now, watch the “Blick Blick” video below, which should earn some lofty real estate on the Billboard Hot 100 next week.