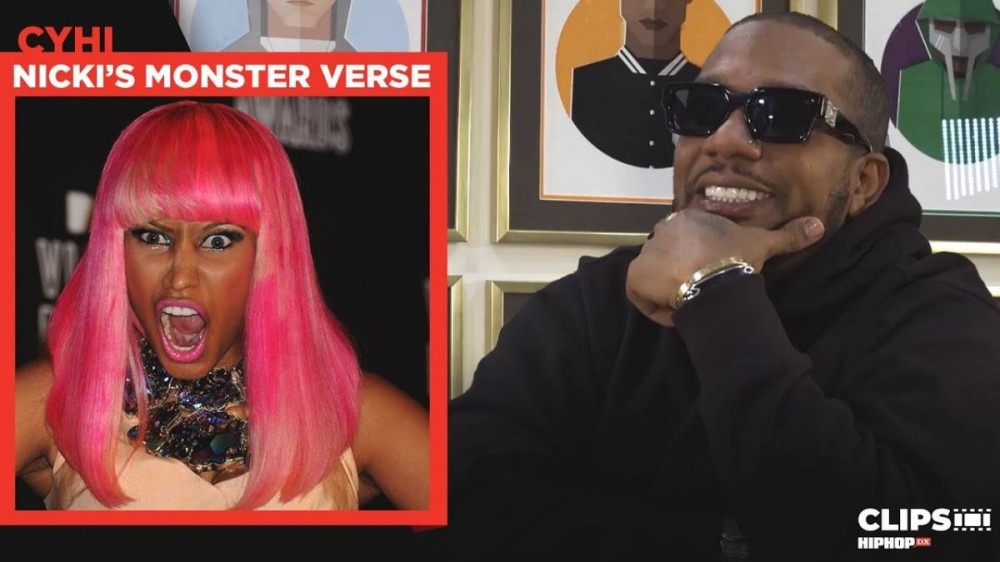 Exclusive – Nicki Minaj’s verse on “Monster” remains one of the standout moments on Kanye West’s My Beautiful Dark Twisted Fantasy album. CyHi The Prynce was there for Nicki’s studio sessions and was shocked to see her rewrite her verse on the spot per Kanye’s request, which he described during a recent interview with HipHopDX.

“The day I got there, I think [Rick] Ross left the same day, but I had heard his verse at the same time Ye heard the verse – the new, the one that made the album,” he explained. “Nicki, I was there. I heard Nicki doing it over. Her first ones were hard, I mean, like all of her verses, I couldn’t believe she could rap that good as a young lady.

“I was like, ‘Damn!’ ‘Cause you know, back then, there were no insights to the studio process, so you just thought some guy helped her put it together and mechanically pieced this thing together. She actually wrote that and rapped it.”

CyHi The Prynce also revealed the way Nicki Minaj acted in the music video was exactly how she was in the studio.

“How she be moving and animated, she did that while she was rapping it,” he said. “I was like, ‘Damn, she’s talented.’ I knew she was special, and the verse was special. Just her mannerisms and how she was doing the changing of characters. You know, you think that she does it in the video, but you don’t think she’s actually rapping like that. Nah, she actually raps it like that. So I was like, ‘Damn, that was hard.’”

Nicki Minaj previously revealed Kanye West wasn’t sure whether to put “Monster” on his album because of the quality of her verse.

“7 year anniversary of #Monster Kanye called me to tell me Jay put a verse on this song & that he was still deciding if he would put it on his album,” she wrote on Instagram in 2017. “Haha. It was like an hour long call where I tried to convince him to let the song stay on his album. He felt this verse would end up being the talk of the album. I said: YOU’RE KANYE WEST!!!!

“I became the first female rapper to perform @ Yankee Stadium on the JAY/Eminem stadium tour. When I saw him, Jay said: ‘when u got so nice’? I said: ‘I been nice’! Ha! Kanye, thank you for being the genius you are. You always put others first. I fought u every step of the way but it worked out. (He wanted me to add more of that growling monster voice and I felt it was over kill.) He wouldn’t give in. In the end, maybe he was right. Ha!”

She added, “This song featured Barbie and Roman. Chyna was my stunt double in the video. (Due to her ASSets). Amber had spoken highly of me to Ye n pushed for him to meet with me. The rest is history. Ye, Jay, Em…All 3 of them helped me in some way. Love.”