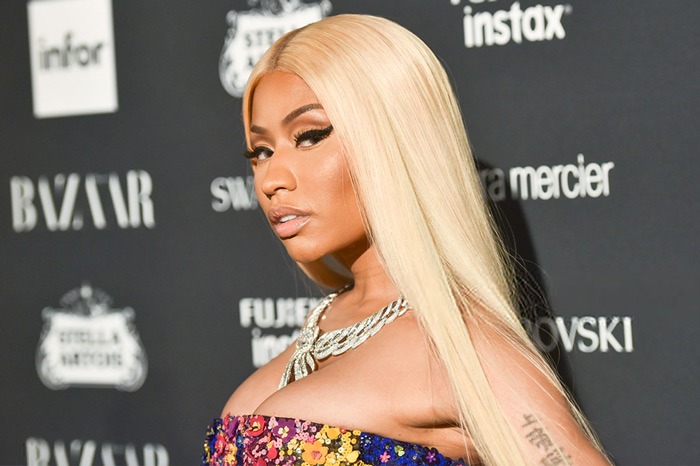 Nicki Minaj is giving fans a rare glimpse at her family.

In between twerking for the ‘Gram and sitting front row at Fashion Week, Mrs. Petty spent some quality time with her sister and father.

She posted a video of herself cuddled up alongside her younger sister, Ming Maraj, and her father, Robert Maraj. “My Dad & lil sister Ming,” Nicki captioned the clip along with a heart-face emoji.

Fans were surprised at how much Nicki and her sister resembled each other, with some even referring to them as “twins.” “She’s so beautiful ! She looks like you @nickiminaj,” said singer Monica, while Young Money president Mack Maine added, “A real mini you! Dope!”

Minaj and her father appear to be on good terms despite their past. During a 2012 interview with “Nightline,” Minaj opened up about growing up in an abusive household. “My father was abusive. We were afraid for [my mother’s] life because whenever he would have a real bad outburst, he would threaten to kill her,” she said.

In a 2018 clip from her unreleased Queen documentary, she also recalled protecting her mother as a child. “I remember when my mother would let my father be violent with her. As a little girl, I would stand in front of my mother and go like this,” she said as she reached out her arms.

Nicki and her husband Kenneth Petty are planning to start a family of their own. She recently sparked pregnancy rumors with a cryptic post on social media. “I think I have what I was striving for, just happiness,” Nicki said during an episode of Queen Radio last year. “It was so hard to get to a happy place. Now that I’m there I don’t want to compromise that for anyone or anything.”