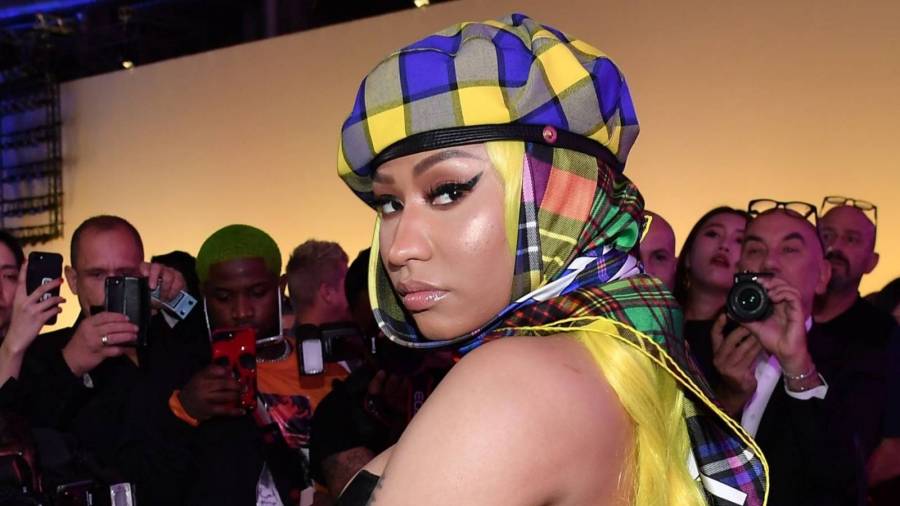 Nicki Minaj became a first-time mother in September when she gave birth to a baby boy. As the platinum-selling rapper settled into motherhood with her husband Kenneth Petty, she kept a relatively low profile but resurfaced on her son’s three month birthday (December 30) to answer a few questions about her experience via Twitter.

When a fan asked if the baby kicked while inside the womb, Nicki admitted, “He used to kick me so hard every night at the same time if I didn’t get up & walk with him. He had a full personality in my tummy & knew how to get his way. It was so intriguing to me. He does the same thing now.”

Nicki also revealed several other details throughout the impromptu Q&A, including what it felt like when her water broke.

“I was butt naked,” she wrote. “Just got out the shower & I asked him to rub my back. As soon as I started scooting over to him in bed I just felt the water start coming out. I was weirdly calm & I quietly said, ‘Omg, I’m about to be in labor.’ He was very scared and I was laughing at him.”

The self-proclaimed Queen of Rap was then asked if she gave birth naturally to which she replied, “Yes, natural vaginal birth w/epidural. I pushed for 2 1/2 hours. Only b/c the first epidural didn’t wear off enough for me to feel myself pushing. Once I was able to feel the pain I pushed him out.”

The Young Money rapper was surprised how quickly her son took to breastfeeding, saying he “latched in the hospital.” But she confessed it was “very painful.” Before wrapping up her tweets, she made sure to give Ciara a shout-out who she says was “soooooo helpful.”

Nicki announced her pregnancy in July following her appearance in 6ix9ine’s “TROLLZ” video. Fans took note of her seemingly more voluptuous figure and concluded she was carrying. She was then accused of making a reference to the pregnancy on Doja Cat’s “Say So (Remix),” which was brought up during another Twitter Q&A in May.

“There are def a few hidden messages in the remix,” Nicki said. “Only my best babies will unlock the secrets.”